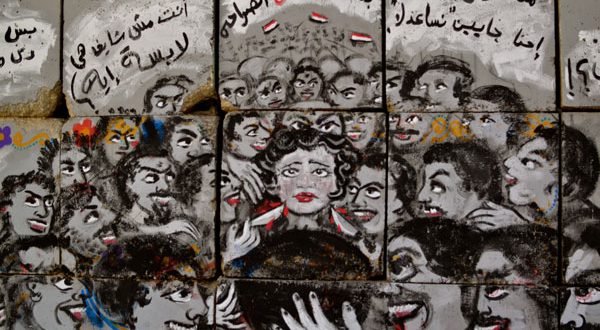 An investigative journalist in Egypt facing multiple accusations of rape and sexual harassment has mounted an increasingly aggressive campaign to deny the allegations, threatening legal action against his accusers and even exposing fake testimonies that he himself created in an effort to discredit the claims. Meanwhile, several media outlets and journalist associations have said they are suspending their work with him.

On Monday, the sixth in a series of testimonies against the journalist appeared on a blog called Daftar Hekayat. Over the past week, the blog has published the testimonies anonymously which have rippled across social media in Egypt and abroad.

The first testimony, published on August 17, describes a violent beating and rape by a journalist referred to as H.A., which is how all the ensuing testimonies referred to him. In the second testimony, the victim says that H.A grabbed her between her legs while they were in his car. The following three all describe various forms of sexual threats and harassment, including the most recent testimony, which describes repeated unwanted advances by the journalist.

The first five women who published their testimonies on the blog said they met the journalist professionally, and that their reasons for meeting were to do with journalism workshops or reporting.

Hisham Allam, a reporter best known for his involvement in reporting on the Panama Papers, publicly identified himself as the accused on August 18 when he published a post on Facebook saying the testimonies were false and part of a coordinated campaign against him. Daftar Hekayat neither confirmed nor denied that Allam was the journalist referred to as H.A.

On August 21, Allam published a video in which he revealed how he and two other women submitted two fabricated testimonies to the Daftar Hekayat blog in order to undermine the credibility of its method of collecting testimonies.

Daftar Hekayat deleted the two fabricated testimonies and published a statement saying that their method of dealing with accusations of sexual violence begins with a feminist approach to believe victims, and a conviction that women share their testimonies in order to support others who are doing the same, particularly in a social context which consistently disbelieves and discredits them. The statement added that the fabricated testimonies are an attempt to undermine the credibility of the blog, and should not detract from the multiple allegations being made.

After the video was released, Allam’s lawyer Yasser Sayed Ahmed announced that Allam would pursue legal action against the administrators of the blog and anyone submitting testimonies. Ahmed filed a report with the Interior Ministry’s cybercrime department, seeking to investigate the authenticity of the accusations and “reveal the identity of those who submitted to seek their prosecution.”

A counter legal action could soon be taken against Allam, one of the lawyers knowledgeable about the blog’s operations told Mada Masr on Saturday. According to the lawyer, a legal team is currently discussing whether to file a lawsuit against Allam in order to investigate the accusations that have been leveled at him, in coordination with a number of journalists who are currently working to collect testimonies from women who have worked with Allam in recent years.

The lawyer, who spoke to Mada Masr on condition of anonymity, suggested that an intervention by the National Council for Women or the Public Prosecution’s monitoring unit initiated by the survivors’ request could end the controversy. Since the high-profile case against alleged serial rapist Ahmed Bassam Zaki, the NCW has issued multiple statements encouraging women and girls to submit their sexual violence complaints to the public prosecutor and helped to protect their anonymity. On Sunday, the NCW released a statement saying it was monitoring the allegations against a person it simply identified as a “young man.” The same lawyer told Mada Masr that there is an ongoing effort to collect testimonies from students that Allam taught at various Egyptian universities.

One of Allam’s journalism students at a private university in Cairo told Mada Masr that she received a text message from him the day after the first testimony was published, asking to write a public post saying positive things about him, in response to what he described as a coordinated campaign against him. In the message, of which Mada reviewed a screenshot, Allam also asked her to ask her close friends to do the same and to put his name in a hashtag attached to their posts. The student, who asked to remain anonymous, took two courses with Allam in 2020.

The video in which Allam admits to fabricating two testimonies is titled “How to assassinate a journalist,” and he describes it as an investigative report. It features two female journalists from Egypt and Syria who communicated with the blog claiming they are survivors of assaults perpetrated by Allam. Syrian journalist Rama Deep disowned the report’s editorial line and narrative, describing it as “misleading.”

Following the attempt to discredit Daftar Hekayat’s credibility, Egyptian UK-based journalist Mohamed Abo al-Gheit posted on Facebook that he personally confirmed one of the testimonies submitted to the blog after one of Allam’s accusers contacted him.

Syrian journalist Zeina Erhaim also published two additional anonymous testimonies by two women recounting a rape attempt and sexual harassment by Allam, which Erhaim said she had corroborated herself. In one of the testimonies, the survivor accused Allam of attempting to rape her during a workshop she attended with the Arab Reporters for Investigative Journalism (ARIJ) in Jordan in December 2015.

After issuing an initial statement that denied that an incident of sexual violence could have taken place at one of its events, ARIJ eventually issued a second statement acknowledging the existence of allegations and asserting that they are “seriously looking into” the allegation of an attempted rape by a participant in the 2015 workshop after Erhaim’s posts. Later, ARIJ published another statement expressing solidarity with the survivors and said it would be starting an internal investigation and establishing a mechanism to receive complaints of harassment and sexual violence.

In comments to Mada Masr on Sunday, the executive director of the ARIJ network, Rawan Damen, said that their later statements came after a close review of the matter and after the network brought on a legal firm for assistance as well as another organization, which she did not name, in an investigation into Allam, the results of which she said would be shared publicly.

On Saturday evening International Media Support, an international NGO and a partner of ARIJ, issued a statement addressing the accusations, welcoming ARIJ’s latest response. The Lebanese website Daraj also announced that it was suspending its work with Allam on a joint project and added that “no new work by Allam will be published until the opposite of what is in these testimonies is proven.” Daraj also announced an internal investigation to review whether any women working for the media outlet had been sexually harassed by Allam.

The Journalists Syndicate issued a statement on Thursday calling on journalists to submit official reports if they have any information on sexual violence crimes, and pledging to provide legal support, without specifying the accusations made against Allam. A member of the syndicate’s board told Mada Masr they could not go further than the statement in the absence of any official complaints to the syndicate against Allam. Meanwhile, the board has banned Allam from all workshops and events with the syndicate until the accusations have been investigated.

More than 165 journalists have signed a petition initiated by women journalists demanding investigations be opened at all outlets, universities and associations that worked with Allam, including the Journalists Syndicate, and asked that the syndicate take serious measures to ensure a safe working environment for women at media outlets and organizations. Among their demands are the creation of a syndicate policy on sexual harassment and violence, and the creation of a permanent womens’ committee within the council that would look into current and future allegations.