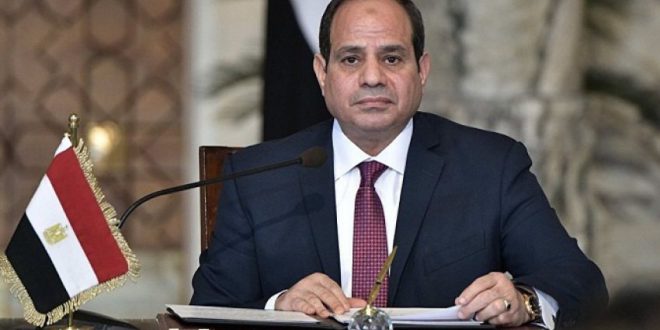 Last week, Egypt began the process of electing members to its newly created senate. The initial results are set to be released tomorrow, while potential run-offs are scheduled for next month.

The Sisi regime has typically downplayed the election, with many pointing the finger at the Covid-19 epidemic that is griping the country for such inconspicuousness. But this misses the point that – outside of the initial coronation of Sisi as president in 2014 – the regime is keen to de-emphasise the political nature of even fixed, hollow and farcical elections.

The new senate in Egypt was, after all, created out of the so-called “constitutional amendments” of 2019. That farcical and unjust “electoral event” introduced a raft of measures aiming to hasten the transition of Sisi’s Egypt into totalitarianism, including the extension of his presidential term limit to 2030, and the president being given supreme powers over the judiciary.

The creation of a senate, to function as the upper house to the Magles en-Nowwab (House of Representatives), which is Egypt’s lower house and is already crammed full of Sisi loyalists, was simply about expanding the regime’s system of patronage.

Much like the Mubarak-era Shura Council, this is Sisi’s way of dealing with the elites, by allowing the most loyal to be rewarded with an opportunity to become “officials” in the state, with bonuses such as diplomatic immunity and privileged positions within the kleptocracy.

It’s hardly surprising then that the senate will hold no legislative powers, but will rather serve as an “advisory body” to the lower house.  As one Egyptian working out of Al Azhar, who didn’t vote in the election, speaking under the condition of anonymity put it to me, “the senate might seem to many… like a waste of resources by [the regime], but it can be used to buy and ensure loyalty from the rich.”

The regime claims that the senate allows “minorities” to gain representation, but to the extent that this is even true, given the regime’s racist, misogynist and sectarian demeanour, it’s more about establishing an official place where such minorities can be put.

With 100 of its 300 members directly appointed by Sisi without any form of electoral process, to even liken the senate to a legitimate democratic body is an exercise in absurdity. Even beyond these “appointed” members, a further 100 are “elected” on the basis of a closed list, with the zealously pro-Sisi Nation’s Future Party (NFP) – a party openly understood to have been created by military intelligence – set to dominate, with the remaining 100 seats taken up by a single member constituency system, with zealously pro-Sisi business figures and regime loyalists set to dominate.

The regime has a rigorous vetting system, ensuring that genuine opposition forces can get nowhere near the senate. Legitimate opposition parties have boycotted the entire affair, not just because of the widespread understanding that the “election” is a predetermined farce, but also because they know through brutal precedent, that to take on Sisi politically, is to risk your life.

As ever in Egypt, the system itself is a mixture of innovative totalitarian expansion and clumsy tyranny – though opposition parties can stand in the election, to do so they effectively must run in a unified list controlled by the ultra-loyal NFP. In other words, even if you ran with good intentions, so to speak, you would be incorporating your party and yourself into an electoral racket, run effectively by the state.

This is why not even the few opposition parties that are allowed to exist, and who might be considered “moderate” in terms of opposition to the status quo, are taking part.

Even if the elections were run through genuine democratic means, the reality is that Egypt has been politically cleansed for the lat seven years. The political diversity that burst onto the scene following the January 25 revolution has been smashed to pieces by Sisi, with his regime deploying mass murder, mass incarceration, mass death sentences, intimidation, blacklisting and torture to ensure that his vision dominates over all.

As ever in Egypt, the regime has set out to inflate the turnout by forcing and frightening people into voting.  Lashin Ibrahim, head of the National Election Authority issued the usual mostly unenforceable threats about fines for those who don’t vote, while big pro-regime corporations have forced employees to head to polls.

As reported by Reuters, elderly voters have been compelled to vote with promises of cash and groceries, so the desire by the regime for high turnout should not be confused with a genuine will for political engagement.

Rather, turnout is seen as a yardstick for support for the regime and the status quo – an opportunity to provide the world with pictures of queues at polls. The regime, in another cynical attempt to appeal to dull patriotism, declared that the election was not so much a direct political process, as a national duty and demonstration of loyalty to Egypt.

As a result, it’s cautiously heartening for anti-regime Egyptians that the turnout has been exceptionally low.  After it was reported that only 7.5 percent of the electorate of Dakahlia turned out to vote, the regime quickly moved to stop reporting on turnouts, and threatened the media with imprisonment under Article 20 of the constitution.

So when the regime inevitably fixes the turnout number, no one will be able to publicly contradict them. But such a low turnout demonstrates that in the seven years of Sisi’s rule, the demonstratively genuine popularity he once enjoyed has now fizzled out into apathy, and perhaps quiet opposition.

But the regime can live with that – apathy and hushed criticism is preferable to emboldened and vibrant opposition.

Though it’s difficult to function as an opposition when faced with constant state terror, it is a necessity for any coherent opposition to turn apathy or participation in the regime’s democratic shows into political rebelliousness.

Sadly, for any Egyptian who votes in this election with good intentions, the reality is that they are simply participating in a ceremony that formalises the further expansion of the regime.

To conjure an analogy I’ve used before, it’s like a mafia opening up its books to new members, expanding its criminal enterprise to create even more prominent foot soldiers.

Electoral ProcessLegislationPolitical Transition
All
2020-08-18
asaeid
Previous What’s the message behind commemoration of LNA in Cairo?
Next Egypt unemployment rate rises to 9.6%