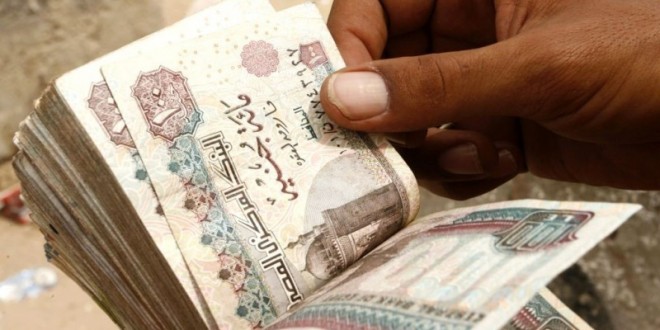 A row has been triggered this week in Egypt after a senior tax authority official said that the government imposes an income tax on drug trafficking, arms trade and prostitution if law violators have been arrested.

Some said that it is an indication that the government recognizes these illegal practices, but the official has denied that, saying that collecting taxes from those people is only a commitment to imposing taxes on anyone who is engaged in any such activities.

On July 29, Saeed Fouad, head of the central administration in the office of the head of the Tax Authority, said that drug dealers, illegal arms traders and prostitutes are subject to income tax if they get arrested.

“We deal with them like any tax financiers even if their activities are illegal,” Fouad said in TV statements. He added that if the drug dealer confesses that he has been practicing this activity for a specified period of time, a tax will be applied on him for that period.

This also applies to crimes like prostitution and illegal arms trading, the official said, stressing that collecting the tax is not a recognition of the legitimacy of these practices that are criminalized by law, but a recognition of revenues that are subject to taxes.

Fouad’s statements have triggered a widespread row and outrage in Egypt with lawyers and parliamentarians saying that this is not constitutional and the official should be held accountable.

“The official is irresponsible and his statements mean that Egypt is legalizing these illegal practices, which of course is not true,” Bassant Fahmi, a member of parliament, told Al-Monitor.

She noted that what should happen in these cases is confiscating their money without imposing any taxes on them. “This is a call for people to be drug dealers and prostitutes as the official’s statements mean that the state is legalizing these practices — which is not actually happening in the country,” Fahmi added.

Reda Eldanoubki, a lawyer and executive director of the Women’s Center for Guidance and Legal Awareness, said that this is a direct and frank call for human trafficking, especially against women, as the official is saying that the government will impose taxes on prostitution.

“According to the law, this is illegal and taxes are only imposed on legal practices not illegal ones,” Eldanoubki told Al-Monitor.

He added that if taxes will be applied on illegal practices, this will pave the way for more drug dealers, prostitutes and illegal arms traders. “Strict action should be taken against the official who apparently does not know the grave consequences of his statements,” Eldanoubki said.

On May 7, parliament approved the new amendments to the Stamp Duty Law No. 111 of 1980, increasing levels of income that are subject to taxes from five to seven brackets.

Egypt has also been trying to face the negative economic repercussions of the coronavirus pandemic by financially supporting limited-income brackets and putting off payment of all kinds of loans.

On July 5, parliament also approved a bill submitted by the government on solidarity contributions to face some economic repercussions resulting from the spread of the coronavirus pandemic or the occurrence of natural disasters.

Budget and FinanceSecurity Situation
All
2020-08-06
asaeid
Previous Egypt opens investigation into hotel rape that reignited ‘Me Too’ wave
Next Egypt, Greece sign maritime deal to counter Libya-Turkey one