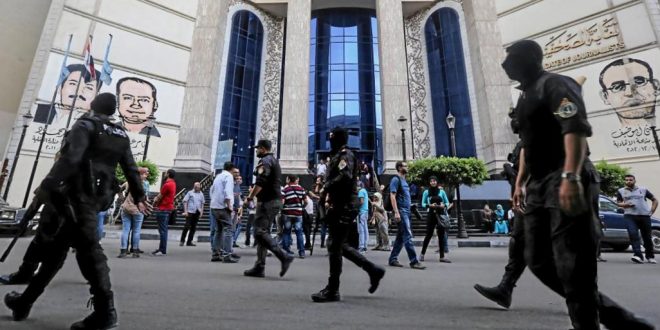 Reporters Without Borders (RSF) has called for an independent international investigation into the deaths of two prominent journalists, from Egypt and Saudi Arabia, shortly after their sudden releases from prisons.

Egypt’s Mohamed Monir and Saudi Arabia’s Saleh al-Shehi died on 13 July and 19 July respectively, shortly after they were released from prisons.

“The deaths of Mohamed Monir and Saleh al-Shehi during the pandemic speak to the urgency of releasing journalists so that they avoid a tragic fate,” said Sabrina Bennoui, the head of RSF’s Middle East desk.

“With just two days to go to Eid, we urge the Egyptian and Saudi authorities to use this occasion to rescue journalists from overcrowded prisons. Let’s avoid a catastrophe before it is too late.”

Monir was arrested in June after he was interviewed by Al Jazeera – which is banned in Egypt – and charged with “spreading fake news” and “participating in a terrorist group”.

Monir had shown symptoms of coronavirus while in prison, according to his daughter, and was subjected to a medical examination and multiple Covid-19 tests before he was finally declared positive on 8 July – almost a week after he was released.

The health of both journalists worsened after they were released from prison, according to RSF.

Shehi was hospitalised less than a month after his release from prison on 19 May.

He had been serving a five-year sentence on a charge of “insulting the royal court”, for discussing corruption within Saudi Arabia’s ruling elite.

After China, Egypt and Saudi Arabia are currently the world’s biggest jailers of journalists.

The non-profit organisation has identified 30 detained journalists in Egypt and 33 in Saudi Arabia.

According to RSF’s 2020 Press Freedom Ranking, Egypt ranks 166th out of 180 countries and territories. Saudi Arabia is ranked 170th.

ICT and Media GovernanceJustice
All
2020-07-29
asaeid
Previous Egypt’s Sisi approves restrictions on retired army officers standing for election
Next Egypt is cracking down on women’s freedoms on and offline. But they are fighting back