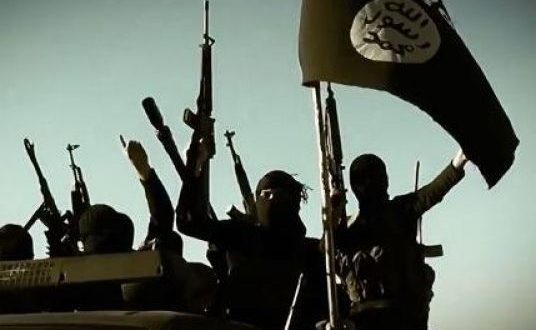 In the wake of a fierce attack by militants on an Egyptian military camp in the village of Rabea in North Sinai last week, many residents in nearby villages on the outskirts of Bir al-Abd have fled their homes in recent days amid a rapidly deteriorating security situation. Armed militants with the Province of Sinai — the Islamic State affiliate in the peninsula — have occupied the villages of Qatiya, Iqtiya, Ganayen and Merih, forcing mass displacement from the area.

On Monday, the Armed Forces closed the road leading to Qatiya and blocked all vehicles from entering or exiting the other three villages, allowing only pedestrians through. The main coastal Arish-Qantara International Road next to Bir al-Abd was also closed off as the areas around the four villages came under heavy shelling and clashes broke out.

On Friday, the Province of Sinai claimed responsibility for a July 21 attack on Rabea, claiming that it killed 40 members of the Armed Forces and wounded 60 more. The spokesperson for the Armed Forces said on the evening of the attack they had thwarted the assailants, secured the military camp with backing from the Air Force and pursued the militants to a nearby farm and several deserted houses, killing 18 of them. Two soldiers were also killed in the attack, the Armed Forces said. Meanwhile, medical and local sources told Mada Masr that one civilian was killed and three others were injured. A resident of Rabea said the civilian lived in a building near the camp where military personnel were deployed. He reportedly tried to stop the militants as they approached the camp and was shot and killed.

The attack on Rabea in the Bir al-Abd area — located some 80 kilometers west of the North Sinai capital of Arish — involved the use of car bombs, a large number of militants armed with assault rifles and grenade launchers, and extended clashes in residential areas, with houses and shops in the village damaged in the fighting. It marked the largest coordinated attack in the area since Bir al-Abd became the new focal point of militant attacks in North Sinai last year.

Local sources told Mada Masr that Province of Sinai militants entered the four villages around Rabea during the July 21 attack. After taking up positions — especially Qatiya and Iqtiya— and planting explosive devices at all the village entrances, the militants removed the Egyptian flag from atop a pole in each of the central squares and replaced it with the group’s black banner.

A resident of Qatiya said that Province of Sinai militants first appeared in his village about three hours before the attack on the Rabea camp. They arrived from the south in around 10 pickup trucks and 15 motorcycles. They were all armed and a few women accompanied them as well. The militants spread throughout the village and positioned themselves in and around Qatiya Agricultural Secondary School, which they later converted into a field hospital.

Militants abducted four citizens on the day of the attack: two from Merih, one from Qatiya, and another from Rabea, though all were subsequently released. They also commandeered two pickup trucks belonging to locals, then left the trucks awash in blood after transporting wounded fighters to the field hospital at the Qatiya agricultural school. The field hospital was stocked with supplies taken from the village first aid center, a small hospital and a local pharmacy. The militants also broke into a grocery store that had been abandoned by local residents, taking some goods from it and leaving money in return.

A week after the attack on Rabea, the situation for residents in the four surrounding villages where the militants have retreated to is terrifying, a local resident told Mada Masr.

As of mid-2016, the total population of the four villages was 8,895, according to the most recent census data from CAPMAS.

According to the sources, the militants at first tried to win over the locals, distributing sweets to children and preparing a feast in Qatiya and inviting residents. They told the villagers that their fight was with the army, not them, and asked them to go about their business as usual. Militants told some local youth who were smoking to put out their cigarettes because smoking is forbidden by God.

The source added that Province of Sinai militants would patrol the villages in vehicles bearing the black Islamic State banner and offer to give local residents a ride to any place within the village. They also announced that the hospital set up in the Qatiya school was staffed with doctors who could treat local residents.

The goodwill did not last long.

The militants eventually set up checkpoints at the village entrances and on some internal streets to check residents’ identification cards. On Friday, militants checking IDs at a checkpoint set up at the entrance to Qatiya discovered one man in a taxi was a non-commissioned military officer who lived in the village. They pulled him out of the car and killed him on the spot, according to sources.

In addition to the checkpoints, the militants also planted numerous IEDs along the sides of roads. Five locals were wounded when two IEDs exploded, one in Merih and the other near the Armed Forces camp in Rabea. According to local and medical sources, the injured were taken to the Bir al-Abd hospital in stable condition. The militants also used explosives to blow up the Sheikh al-Kittan Mausoleum in Iqtiya on Sunday evening.

Several militants also took up positions in the Sabil neighborhood, south of Rabea and adjacent to the villages, deploying on the streets and on the roofs of residential buildings. According to local residents who dealt directly with the militants, their accent and appearance appeared to indicate that some may come from local tribes while others are from the Delta or Cairo. A few of them had Levantine accents and a handful spoke “broken Arabic,” the residents said.

In the statement claiming responsibility for the attack on Rabea, the Province of Sinai said that the two of the militants driving vehicles rigged with explosives were Abu Sanad al-Ansari and Karar al-Maqdisi. The name ‘Ansari’ suggests he was from North Sinai while ‘Maqdisi’ points to possible Palestinian origins.

According to residents of Bir al-Abd, people began to flee from the four villages beginning on Thursday, when the militants set up checkpoints and began searching residents. At the time, all electricity, water and telecommunication networks in the four villages were cut. The mobile phone network returned with sporadic service on Friday. Residents continued to stream out until the Armed Forces closed the roads on Monday.

People carried whatever furniture, clothes and goods they could in dozens of pickup trucks and set out for the villages of 6 October, Rumana, Baluza, Shohadaa, Ahrar, and Kharba, local residents said. Those who could not afford taxi fare left in horse carts for the nearest safe village. Some of the displaced are still camped out on the Qantara-Arish highway that passes by Bir al-Abd and along the roadsides leading to the four villages.

A resident of Bir al-Abd told Mada Masr that on Saturday he and some relatives went to Qatiya to get their furniture. They saw eight militants, all young, set up at a checkpoint at the village entrance and another checkpoint at the entrance to Hemeisa, located south of the city near the Salam Canal. He noticed several demolished homes in Qatiya, likely destroyed by mortars, and a burned-out car on the main street.

While some residents relocated to other areas in North Sinai, some tried to leave the peninsula by crossing the Suez Canal toward Ismailiya and Sharqiya in mainland Egypt, using the New Ismailiya Tunnel under the canal. On Sunday, however, they found that security forces were blocking the entrance and ordered them to turn back. This was not the case in previous days, the sources said.

In addition to their fear of the militants and the risk of being wounded in skirmishes between the Armed Forces and the Province of Sinai, local residents said that some truck owners had taken advantage of their desperate situation and raised transportation prices from LE800 to nearly LE3,000. Many could not find vehicles to load their belongings onto due to the shortage of fuel. Since the launch of Operation Sinai 2018, strict controls have been placed on gas stations in North Sinai that allow vehicles just a few liters of gasoline every two weeks.

Meanwhile, residents of the Bir al-Abd region, located west of the area occupied by the militants, fear a food shortage since the four villages to the south function as the breadbasket for Bir al-Abd and are the primary source of vegetables and milk products. Residents of these western villages say that in recent days, the street markets have had a limited selection and quantity of vegetables on offer and were sold at exorbitant prices.

In order to shelter the displaced families coming from the southern villages, a governorate official said that the governorate, in conjunction with the Bir al-Abd City Council, had outfitted a number of schools across the district, including Rumana Preparatory School, Bir al-Abd Girls’ New Industrial School, Omar Ibn al-Khattab Primary School, Atef al-Sadat Preparatory School in 6 October, Shohadaa Primary School, Kamal al-Aww School in Rumana, as well as the Rumana Azharitze Institute. This is in addition to an administrative building attached to the Bir al-Abd City Council and two administrative units in the Ghazlan area. According to the source, these locations were equipped with 270 blankets and 50 mattresses.

Students were also affected by the deteriorating security situation. The governorate announced that the exams for the third-year agricultural class, which were slated for Saturday, had been relocated from the Qatiya Agricultural Secondary School to the Salman al-Yamani School in Najila.

Eighty kilometers east of Bir al-Abd, the city of Arish has also felt the impact of the attack and its aftermath, with water supplies cut off since Thursday. The water pipeline that fills the city reservoir was evidently damaged in an explosion during clashes in the wake of the attack on the army camp in Rabea. The Company for Drinking Water and Sanitation in North and South Sinai released a statement and photos of repairs underway, which showed that the pipeline had been severely damaged in more than one area.