Home / Normal / Britain is training spies from Saudi Arabia, Egypt and the UAE 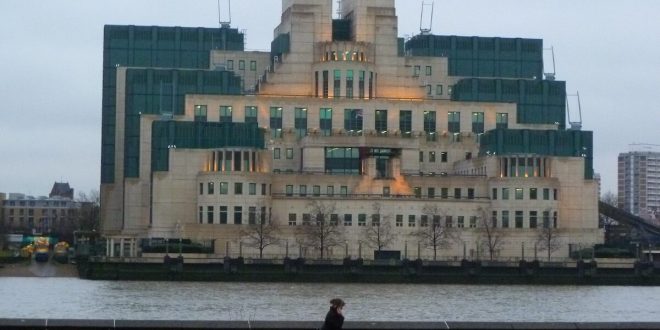 Britain is training spies from Saudi Arabia, Egypt and the UAE

British intelligence agencies have been involved in training senior spies from Saudi Arabia, Egypt and the UAE, an investigation by Declassified UK has found. The training by personnel from MI5 and MI6 apparently took place during an 11-day International Intelligence Directors Course in 2019, and also included officials from Jordan, Oman, Algeria, Pakistan and Afghanistan, among others.

Places on the annual course, which is run by Britain’s Joint Intelligence Training Group (JITG) at an army base in Bedfordshire, appear to be highly selective, Declassified UK found. Only one student per country can attend the course, with “bids (for places) [invited], but places only offered following [an] allocation meeting,” according to the brochure.

The JITG course has been held since 2004 and is aimed at officers who are going to, or who already serve in senior posts in foreign intelligence agencies. High-level British intelligence personnel are thought to run it.

The 11-day programme covers a variety of topics, including “the role of the media”, “security policy” and the “challenges of intelligence sharing”. It also involves speeches from the chief and deputy chief of Defence Intelligence.

In the past, Britain’s Ministry of Defence has claimed that the course “provides a significant opportunity for intelligence diplomacy at the highest levels” and “continues to attract high-level interest from all continents.”

Durham University PhD student Matthew Hedges, who was imprisoned in the UAE on espionage charges for nearly seven months in 2018 during which he was physically threatened and faced psychological torture, condemned the fact that Britain is training UAE intelligence officers.

“The UK has long used its security establishment to foster ties to help advance its interests,” he told Declassified UK. “Experiences such as mine, where torture was evidenced and the UK directly implicated in my detention, highlight the contradictory and failing UK strategy to foster security relationships.” He asked if the UK can guarantee that the UAE will not become an active opponent in the near future. “If not, why is Britain training its people in intelligence matters?”