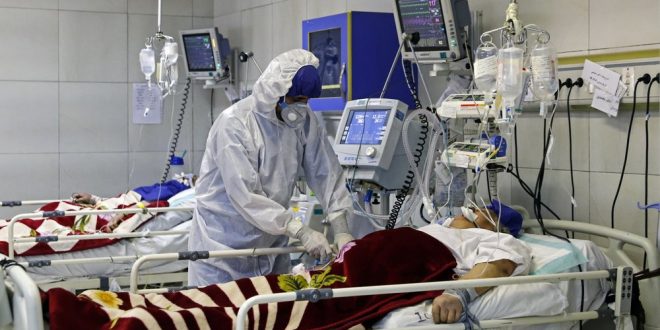 Mohamed Moataz Al-Fawal, 39, a radiology lecturer at Zagazig medical school and treasurer of the doctor’s union, requested that Prime Minister Mostafa Madbouly apologise for statements he made that ignited outrage among medics.

Last week Madbouly blamed doctors for the worsening covid crisis in the country due to their absence from work, “which, in a way, led to cases worsening and deaths.”

Madbouly said that the government had instructed governors to take disciplinary action against medics.

Al-Fawal posted a statement under the Arabic hashtag “doctors are not inactive, Madbouly” which was signed by him and several other doctors asking the prime minister to apologise.

Al-Fawal was forcibly disappeared for two days and held in the headquarters of the national security agency in Zagazig, then later appeared at the state security prosecution headquarters in the fifth district suburb of Cairo on Saturday.

He was accused of establishing a group contrary to the law, spreading false news and misusing social media.

Egypt’s medical union also demanded a public apology for Madbouly’s comments, pointing out that the prime minister ignored the real reasons behind the surge in covid deaths which were lack of sufficient PPE and beds in intensive care.

They warned that this could incite violence against doctors, who have worked hard since the virus first appeared in the country.

“Since the beginning of the pandemic, Egyptian doctors have exemplified sacrifice and work ethic amid great pressures at their places of work, from working in difficult conditions and PPE shortages in some hospitals, to constant attacks on medical staff.”

It added: “We call on the prime minister to check the [doctors’ death toll] since the start of the coronavirus pandemic. The number of doctors who have been martyred has reached around 100 deaths and infections among doctors have exceeded 3,000 cases.”

This is the latest of clashes between Egypt’s top medical union and the government. Last month the syndicate warned the health care system was about to collapse and blamed the government for not providing adequate PPE or enough tests for medics who came into contact with known infections.

The Egyptian Front has said Al-Fawal’s arrest is the latest part of a security campaign aimed at silencing doctors. Several doctors have been arrested, some because they spoke out about the government’s handling of the covid pandemic.

In March doctor Aalaa Shaaban Hamida was accused of spreading panic and was reported to national security forces by her boss after a nurse used her phone to call the health ministry to inform them of a coronavirus case in El-Shatby General Hospital where she worked.