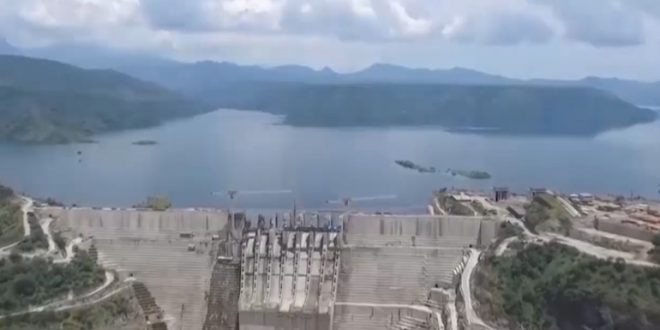 Ethiopia confirmed on Saturday that it plans to start filling the reservoir at its Blue Nile dam after an agreement is reached with Egypt and Sudan, following talks led by the African Union to end their decades-long dispute.

Years of negotiations have left the three countries unable to agree on how Ethiopia will operate the Grand Ethiopian Renaissance Dam (GERD) and fill its reservoir while also protecting Egypt’s water source.

“The leaders underscored that the Nile and the GERD are African issues and must be given African solutions,” Ethiopian President Abiy Ahmed said in a statement on Saturday.

He said the meeting between Ethiopia, Sudan and Egypt has “set directions on the way forward”.

“Accordingly, the three countries have agreed to conclude the negotiation and try to reach an agreement within the next two weeks.”

The agreement to start filling the dam’s reservoir in two weeks came after an African Union-led online summit between the three countries.

More than 90 percent of issues in the tripartite negotiations have been resolved, Mahamat said in a statement cited by Reuters on Saturday.

The statement said a committee composed of representatives of the three countries, South Africa and technical personnel from the African Union would work to resolve the outstanding legal and technical issues, and will report on the progress of the negotiations in a week.

Ethiopia has banked its hopes of development on the GERD and has said it has the potential to lift millions of Ethiopians out of poverty.

Egypt, which relies on the Nile for 90 percent of its water supply, has raised concerns about the GERD, and said it could impact the country’s growing population.

The Egyptian presidency said in a statement after the summit that Ethiopia will not fill the dam unilaterally.

“Egypt’s vision in this regard is represented in the importance of returning to negotiation… while working to create an environment conducive to the success of these negotiations through Ethiopia’s pledge not to take any unilateral step,” Sisi said, according to state media.

With Ethiopia insisting it will use seasonal rains to begin filling the dam’s reservoir next month, Cairo appealed to the UN Security Council in a last-ditch diplomatic move. The council is due to have a public meeting on Monday.

International Relations and Cooperation
All
2020-06-28
asaeid
Previous Egypt court jails belly dancer for ‘debauchery’ in social media crackdown
Next CPJ: At least 4 Egyptian journalists remain in detention since arrests in March and April