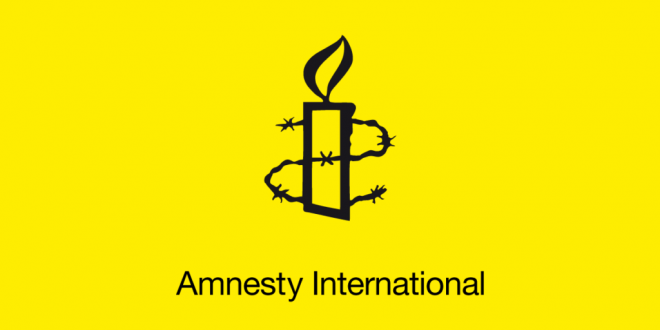 Amnesty calls on Egypt to protect journalist from torture

Amnesty yesterday called on the Egyptian authorities to protect a detained journalist from “torture and ill-treatment”.

On Wednesday, authorities in Egypt arrested Nora Younis, editor-in-chief of Al-Manassa, from her workplace south of Cairo, according to journalists and lawyers.

The international organisation called on authorities to “allow Younis to contact her family and lawyer immediately and protect her from torture or other ill-treatment.”

The organisation said that “Younis was arrested from her office in Cairo, within the framework of the latest arrest campaign launched by Egyptian authorities against independent media.”

“Police officers claimed that they were checking the licenses of electronic holdings in the journalist’s workplace, but they did not submit any arrest or search warrants when they took Younis in a minibus to El-Maadi Police Station.”

Yesterday, Egyptian prosecutors ordered Younis’ release on bail pending investigation on charges of running a website without a permit.

Ahram Online reported that “according to a prosecution statement, Younis is accused of creating a platform to commit and facilitate commission of a legally punishable cybercrime, possessing unauthorised software, and trespassing on the financial and intellectual property rights of the software’s rights holder.”

Egypt is one of the world’s biggest jailers of journalists and is currently 163 out of 180 on the Reporters Without Borders Press Freedom Index.