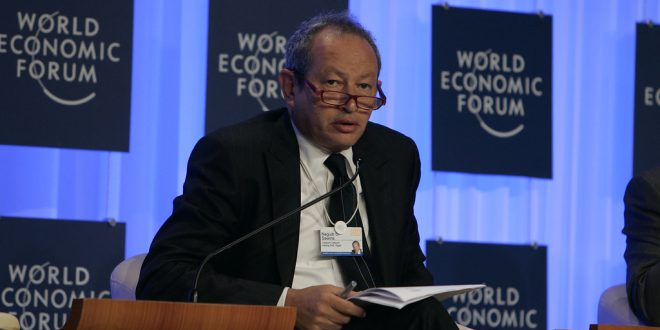 Sawiris, whose net worth is estimated by Forbes at $3 billion, told Russia Today that the military “has advantages that other companies do not have, because it does not pay salaries to conscripts or taxes, and it does not need permits, so its opportunity to work is easier, and the competition is uneven.”

The Egyptian army owns numerous companies and runs projects in various sectors of the economy.

In his interview with the Russian government-funded TV network, Sawiris added that he believes that the army should “focus on security and military matters, and terrorism, and [should] focus on military industries so we can produce our weapons on our own and not depend on other countries.”

Military Economy
All
2020-05-21
asaeid
Previous Under worst case scenario, Egypt could hit 100,000 cases by end of month: Minister
Next Refugees in Egypt: ‘Hunger at home, coronavirus on the streets’