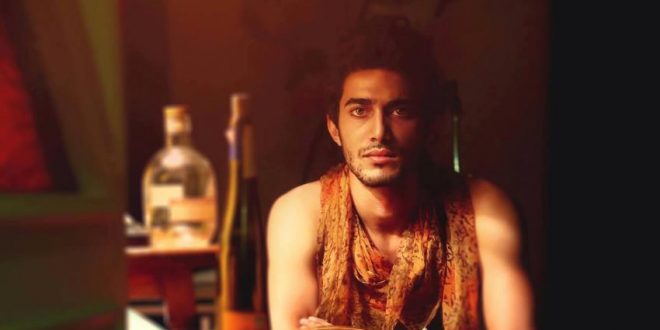 The recent death of young video director Shady Habash in an Egyptian prison is “a case of medical negligence”, rights groups and a former political prisoner said following the release of preliminary findings by prosecutors on Tuesday.

Shady Habash, 24, died in Tora prison in the capital Cairo on Friday after spending more than two years in pre-trial detention.

He had been detained since the beginning of March 2018, after directing a video for a song critical of Egypt’s President Abdel Fattah el-Sisi, the former army general whose government has led a relentless crackdown on thousands of critics.

The song is titled Balaha, a derogatory nickname for Sisi, in reference to a character from a classic Egyptian movie known for being a compulsive liar.

The song landed Habash in jail on a range of charges including membership of a “terrorist group,” spreading false news, abuse of social media networks, blasphemy, contempt of religion and insulting the military.

However, neither of them have stood trial for the charges, and their provisional detention term (two years according to Egyptian law) expired in March.

Ramy Essam, the singer who performed Balaha, is currently in exile in Sweden, while the author of the song, Galal el-Behairy, is also in prison.

Habash’s death has sparked an outcry from rights groups and free speech advocates worldwide, denouncing his continued detention despite the end of his term.

In a lengthy report detailing the circumstances of his death, the public prosecutor cited a number of eyewitness accounts to Habash’s death, including that of two prison doctors.

According to the report, Habash died at the clinic in Tora prison after succumbing to his illness as a result of consuming “a quantity of alcohol” by mistake on the day before his death.

The statement listed four times where Habash was seen by prison doctors after complaining of symptoms of alcohol poisoning, including vomiting, stomach cramps, loss of eyesight, and severe headaches.

He was examined three times by one doctor on the day of his death, and was prescribed antiseptic and antispasmodic drugs before returning to his cell.

On each of these occasions, however, he was referred to a clinic rather than a hospital. When Habash’s health deteriorated for the fourth time, an assistant physician decided to refer him to the prison’s hospital, but he died at the clinic.

The prosecution interrogated three of Habash’s fellow inmates, all of whom said he admitted to mixing alcohol-based sanitisers with soft drinks on the day before his death to create an alcoholic beverage. But they ruled out a suicide attempt.

The sanitisers are distributed to inmates as a protective measure against the coronavirus pandemic.

The prosecutor’s statement has triggered angry reactions from a number of human rights activists who accused the prison authorities of medical negligence.

Amr Magdy, Egypt researcher at Human Rights Watch, said the statement is a rare investigative effort by authorities but it remains “an attempt to cover up medical negligence in prisons”.

“The prison’s clinic is not the appropriate place for serious cases like alcohol poisoning,” he told Middle East Eye.

“He should have been transferred to either the prison’s hospital or a specialised hospital for immediate treatment.”

To prevent the repetition of similar incidents in the future, the system needs to change, and prisons must be open for independent oversight, including by human rights organisations and the press, he said.

Mohamed Soltan, human rights advocate and a former political prisoner, said Egyptian prisons are designed to be layered, making it hard for inmates to ask for help.

“The system is made up to neglect people who need medical assistance, and they know it very well,” he told MEE.

“In the three prisons I’ve been held in, there were three or four layers of locked doors.

“Naturally, when anyone gets sick on a regular day, it’s so hard to get the attention of guards or officers.

“It takes at least 30 minutes of constant banging and yelling to get the attention of anybody.”

Rights groups have estimated that hundreds of political prisoners have died in custody as a result of medical negligence since the military coup in 2013.

According to the Geneva-based Committee for Justice, at least 958 prisoners died in Egyptian prisons between June 2013 and November 2019 as a result of torture, ill-treatment and denial of medical care.

Those whose deaths were attributed to medical negligence include Morsi and Egyptian-American prisoner Mustafa Kassem.

“If someone gets sick in prison, they will die. People die all the time,” Soltan said.

And with the Covid-19 outbreak, officers and guards are less inclined to act with a sense of urgency, in order to minimise contact that would contribute to the spread of the virus, he added.

‘This is murder, not death’

Bahey el-Din Hassan, director of the Cairo Institute for Human Rights Studies, said that medical negligence is “a secondary reason” for Habash’s death.

“He should not have been imprisoned in the first place,” he told MEE.

“His imprisonment was a crime against freedom of speech, since he was jailed for directing a song.”

Hassan held Egyptian authorities responsible for Habash’s death, both for detaining him over a song, and then for continuing to hold him despite the expiry of the maximum term for pre-trial detention two months ago.

“This is murder, not death,” Hassan said, holding those who did not release him after his two-year term responsible for his death.

“Shady is like thousands of Egyptian political prisoners whose place should not be in prison.”

Human Rights Watch has estimated that more than 60,000 political prisoners have been languishing in Egyptian jails since Sisi became president in 2014.

The Egyptian government has not responded to MEE’s requests for comment by the time of publication.