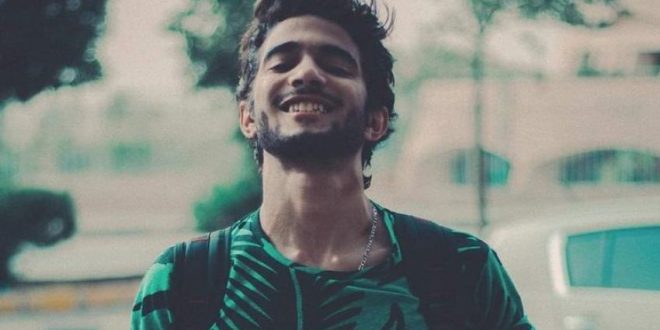 Shady Habash, a 24-year-old photographer and filmmaker jailed two-years-ago for directing a music video that mocked Egypt’s President Abdel Fattah al-Sisi, died on Friday. The United Nations has demanded an investigation after rights activists raised concerns over the conditions of his death.

Egypt‘s Public Prosecution claimed in a statement on Tuesday that Habash died after drinking alcohol intended for use as a hand sanitiser due to the coronavirus pandemic.

Inmates housed in the same cell as Habash told authorities that he fell ill after drinking ethanol, although it is unclear whether the filmmaker drank the alcohol intentionally.

One inmate allegedly told investigators that he had seen Habash drinking from a regular bottle of water but when he tried it, it tasted “different and unusual”.

Habash then told his cellmate that “he mixed his alcohol with soda water to give the same effect [as] alcoholic drinks”, the prosecution said. The inmate said he found two 100ml bottles of alcohol in the rubbish after his death.

Authorities claim the filmmaker died despite a number of medical interventions by doctors in the notorious Tora prison, where thousands of political prisoners and detainees are kept, often without trial.

The public prosecution’s statement contradicts claims made last week by We Record, an international human rights platform that documents violations.

The organisation said Habash’s death came after appeals from cellmates and other detainees to “save him” were ignored by prison officers and the administration.

The rights group said on Facebook that the news was confirmed by a source outside the prison.

Habash was arrested in March 2018, for directing the music video for “Balala”, a song which heavily mocks and criticises Sisi, performed by Egyptian rock artist Ramy Issam.

“You lived in gardens and we lived in jails,” Essam sings about Sisi in “Balaha” – a derogatory name in Egyptian Arabic which literally translates to dates.

In his last letter, written from inside his cell in October last year, Habash describes desperation as month after month he awaits for his release – to no avail.

“So I’m still in prison. Every 45 days I go before a judge who gives me another 45 days in jail, without even looking at me nor the papers of the case,” Habash wrote, pleading for outside help from his friends and loved ones.

“Prison doesn’t kill, but loneliness kills… I need your support so that I don’t die,” the late filmmaker wrote.