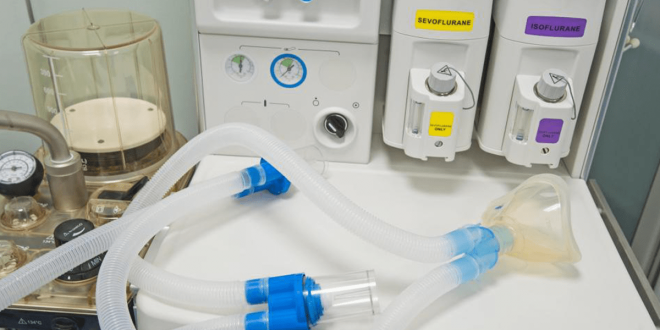 The deputy head of El-Negelah quarantine hospital in Egypt has announced on Facebook that he tested positive for coronavirus.

Dr Mohamed Allam made the announcement after being criticised for spending too much time online where he was raising awareness about the virus.

El-Negelah was the first hospital to be designated a quarantine zone in February, despite resistance from local residents who worried it would make them highly susceptible to contracting the virus.

There are now than 30 quarantine hospitals in the country as the infection rate continues to rise, including among doctors and nurses.

WHO says that 13 per cent of all confirmed cases in Egypt are medics, which makes them highly vulnerable. Doctors have been complaining for weeks that the lack of personal protective equipment (PPE) available to them is putting their lives at risk.

Twenty-two health workers at Al-Qasr Al-Aini French Hospital have tested positive for coronavirus, including Dr Imam Abdel Hadi, director of the intensive care department who had to be put on a mechanical ventilator.

Also infected was the Vice-Dean of the hospital, Dr Hisham Al-Saket, who was transferred to intensive care in Al-Obour Hospital, reports Egypt Watch.

Twenty medics at Fayoum Hospital have been infected and most of the hospital has been shut down.

Several hospitals across the country have closed their doors after outbreaks of cases among the staff.

Benha University Hospital has announced that seven doctors have tested positive and they are waiting for the results of 12 other doctors.

Egypt’s Medical Syndicate sent a letter to the Prime Minister Mustafa Madbouly summarising complaints made by staff at Al-Ajmi Hospital, who believe the director ignored infection control rules after denying a new member of the team a test, despite the fact that the doctor told her he had been in contact with a positive case before starting work in the hospital.

He was allowed to work with his colleagues for 48 hours before receiving the results of his test, which came back positive.

At the beginning of April 17 medics at the National Cancer Institute tested positive for the virus and the hospital became the first to shut its doors. Staff had previous asked management to close the institute and test the staff, several times, but were told that if they took time off, they would be replaced.

Earlier this week there was another outcry as Egypt sent medical aid to its ally, the US, in what was seen as a political gesture to secure the US-Egypt alliance.

Before that, two loads were sent to Italy and China, as Egypt looks to sweeten trade and arms partners at the detriment of the health of its own medics.