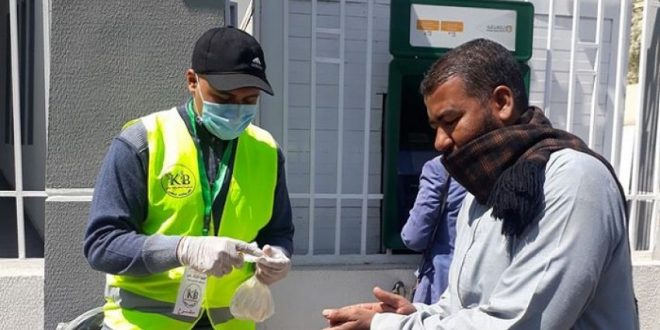 Egyptian government criticized for sending ‘unaffordable’ coronavirus aid to US

While the coronavirus pandemic has taken a terrible toll on the US, Egypt itself has suffered from Covid-19, with 3,490 cases and 264 deaths and doubts about the ability of the country’s medical system to cope.

Many Egyptian medics have caught the virus and hospitals have closed as a result.

The Washington Post said that the Egyptian government had intended the gesture as a show of support to President Donald Trump and the US-Egyptian alliance.

Mike Evans, a Christian activist and advisor to Trump, who has previously met with Egyptian President Abdel Fattah al-Sisi, said that the Egyptian supplies included body bags, swabs, and face-masks, as well as anaesthetic and antibiotic drugs.

“Egypt is showing its gratitude for the support it has received since President Trump was elected to office,” Evans said.

The supplies were due to arrive at Joint Base Andrews in Washington on Tuesday on a C-130 military transport plane, The Washington Post reported.

The US embassy in Cairo tweeted a video showing Ambassador Jonathan Cohen thanking the Egyptian government and people for the aid.

The Egyptian government has previously provided similar “gifts” to Italy, the UK, and China. The aid provided to Italy consisted of one million masks.

However, some Egyptian Twitter users pointed out that this aid was being provided to the US at a time when not only were coronavirus cases increasing in Egypt, but over one-third of Egyptians were living in extreme poverty.

Twitter user Bader wrote, “so that Italy and America can live, Egyptians die, and if they don’t die of hunger, they’ll die of corona.”

“Egypt giving away or exporting [aid] will cause concern or even resentment inside Egypt,” Michele Dunne, director of the Middle East Program at the Carnegie Endowment for International Peace, told The Washington Post.

“What al-Sisi is doing with gifts or sales is to show he’s on top of Covid-19 inside Egypt and he wants to build up some of his important relationships. But there are a lot of questions about what the Covid-19 outbreak in Egypt really looks like.”

Egypt has a coronavirus death rate of seven per cent, compared to a five per cent death rate in the US. Some observers believe that the rate of infection is actually higher than official figures and The Guardian’s correspondent in Egypt was forced to flee the country after reporting on this issue.

The price of masks and hand sanitizer in Egypt has risen dramatically recently, making them unaffordable for the majority of Egyptians. A doctor and a pharmacist were arrested last week after complaining about the lack of masks in a Facebook video.

Health SituationInternational Relations and Cooperation
All
2020-04-22
asaeid
Previous This blogger wanted to bring Egypt’s treasures to a locked down public. He was arrested
Next ‘Have mercy on us’: Egyptian medics battle stigma, hostility amid coronavirus crisis 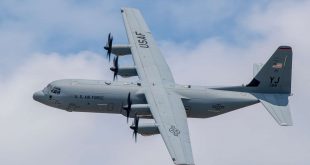