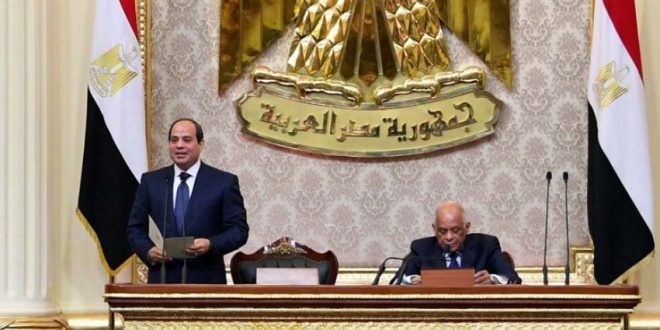 The amendments consist of 18 new clauses (clauses no. seven to 24) added to section three of emergency law (162/1958), according to Youm7, and are reportedly aimed at empowering the president to take the necessary public health and safety measures he or she sees fit during the coronavirus pandemic.

“The current emergency law focuses on granting the president powers to fight terrorist threats and drug trafficking crimes, but it comes short of standing up to pandemic threats such as the coronavirus,” Bahaaeddin Abu Shoka, the chairman of the legislative and constitutional committee, reportedly stated during the emergency meeting earlier today.

Under the newly amended emergency law, the president can suspend or shut down schools, universities and government agencies. It also empowers the president to defer the payment of utility bills and extend tax deadlines, requiring returning Egyptian expats to commit to quarantine measures, as well as banning assembly, including private and public gatherings in addition to protests.

As per the new amendments, the president can also restrict the sale and possession of some goods and allocate the necessary resources to support medical research and take the measures he or she sees fit to ensure the survival of Egypt’s healthcare system.

“The amendments also give the president the right to allocate cash and in-kind assistance to individuals and families, offer financial support to medical research, provide financial and in-kind support to damaged economic sectors, postpone the payment of certain taxes, and turn schools and youth centers into field hospitals,” Abu Shoka explained, according to Al Ahram Online.

The newly approved amendments also allow the president to restrict exports and “regulate the methods” of collecting donations raised for the purpose of treating critical health conditions.

“The new presidential powers comprise imposing control on research, scientific and laboratorial works related in particular to biological material, and toughening measures regarding the possession, use, handling and disposal of such material,” he added.