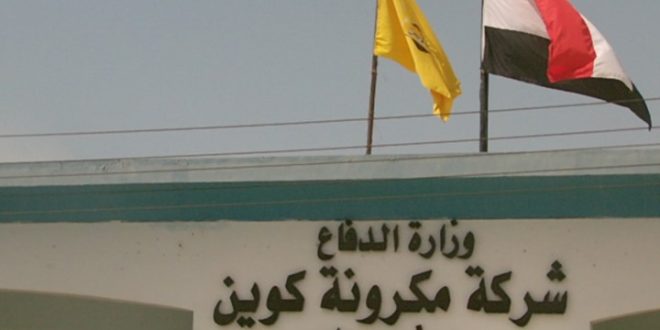 Egypt wants to attract foreign investors for military-owned companies following complaints by private sector companies that they are being “crowded out of lucrative sectors by the military,” the Financial Times reported Feb. 27.

“The Sovereign Fund of Egypt is assessing 10 companies owned by the National Service Projects Organization, an economic arm of the military, with the aim of opening them up to domestic and foreign investors, said Ayman Soliman, its chief executive,” the Financial Times reported.

He stressed that desalination, water treatment plants, power stations and other state-owned enterprises could be opened up to private investment, according to the Financial Times.

Soliman told Al-Monitor that Egypt Fund Management “signed a cooperation agreement with the armed forces Feb. 3, in order to assess and ready some companies affiliated with the army’s National Service Projects Organization, in a bid to attract investors abroad and at home.”

He added, “The assessment period of the military-owned companies will end by mid-April and reports to this effect will be handed to the leaders of the National Service Projects Organization.”

“The fund will acquire a minority share, not a majority, in these companies, in order to give investors full freedom and help them overcome any obstacles related to purchase operations and investment,” Soliman said.

Soliman did not reveal the names of said companies, stressing that “they will be announced in due course.”

“We are working on turning these companies into vital and productive enterprises capable of investment and expansion, which is what matters,” he concluded.

During the inauguration ceremony of a military-owned medical gas factory in the Abu Rawash area in the Giza governorate in October 2019, President Abdel Fattah al-Sisi said, “Companies owned and operated by the armed forces should be listed on the Egyptian stock market and … allow Egyptians to buy shares in them.”

In December 2019, Sisi reiterated his keenness to enlist military-owned companies on the exchange market during a speech at the opening of the integrated animal production complex in Fayoum governorate, southwest of Cairo.

“The army is dedicating part of its capabilities in preserving the stability of the Egyptian state and preventing its downfall. The armed forces-affiliated companies will be put up on the exchange market, allowing all sectors to have an opportunity [for investment],” Sisi said.

Abdel Khaleq Faruq, an economist and director of the Nile Center for Economic and Strategic Studies, considers enlisting the army’s companies on the stock market and the talk about their privatization as tantamount to squandering the efforts of the Egyptians working in these companies. He also believes that privatization in general in Egypt does not serve the public interest.

“The idea to open up military-owned companies for foreign or local investment came after much pressure from the International Monetary Fund, which requested to make room for the private sector and ensure freedom of economic competition, as part of the reform program imposed on Egypt. Egypt also received a $12 billion fund in six tranches,” Faruq told Al-Monitor.

He highlighted the concerns of businessmen in Egypt and abroad about the idea of increasing the size of the army’s companies in Egypt, which would deprive private companies of free competition. He explained that military-owned companies, unlike other companies, have cheap or free labor most of the time, not to mention the preferential laws for the army, which is in direct conflict with free competition in the liberal economy.

As for the possibility of successful privatization of these companies and enlisting them in the stock market, Faruq said that it is not an easy process, as these companies are subject to private military laws. They cannot be subjected to competition laws at the present time, which means disruption of their offering on the stock market or opening up to foreign investment.

Mohammad Nagm, an economic researcher at al-​Ahram Center for Political and Strategic Studies, believes that Sisi’s vision to attract foreign investments to military-owned companies indicates his greater economic openness. He believes that the president is keen on offering the military companies on the stock market in a bid to boost it and attract more investment to keep pace with his economic vision.

Nagm told Al-Monitor that the agreement of the army and Egypt Fund to open up military-owned companies to investment will benefit these companies. He explained that the Egyptian government believes that a closed economy at this stage is not the solution to achieve a state of economic welfare and prosperity for its citizens but instead attracting investments to all companies, even those affiliated with the army.

Nagm downplayed the criticism directed at the army because of its interference in the economic activity of the country, stressing that “the army companies operating in the civil sector came as a necessity to meet the needs of citizens at times, and to provide competitiveness and lower prices at other times.”

“Putting up the military companies on the stock market and offering some shares for sale and investment will greatly boost Egypt’s exchange market as these companies would expand and pump local and foreign investment funds in the market,” Nagm concluded.