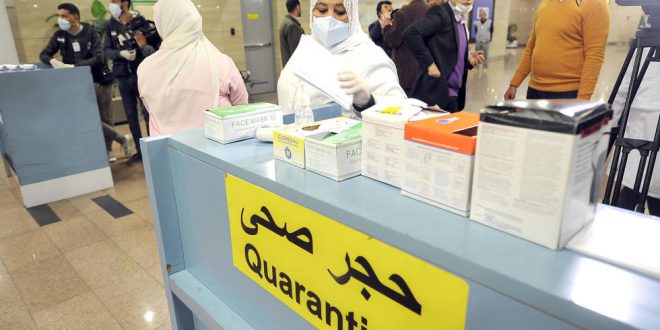 Egypt’s Ministry of Health announced late on Thursday night 46 new COVID-19 cases and a rise in the total number of deaths to seven.

According to the Ministry, the 46 new cases include 42 Egyptians and four others from different countries. The Ministry added that the cases all stem from contact with previously announced cases.

Meanwhile, the latest death as a result of COVID-19 occurred in Giza, where a 68-year-old man died in a quarantine hospital.

The Ministry added that 28 people have fully recovered from COVID-19 to date.

On Thursday, Egypt’s Prime Minister ordered all restaurants, retail stores, cafes, cafeterias, night clubs, amusement parks, casinos and shopping centres to shut their doors from 7PM until 6AM each day until 31 March 2020 as part of the country’s efforts to battle COVID-19.