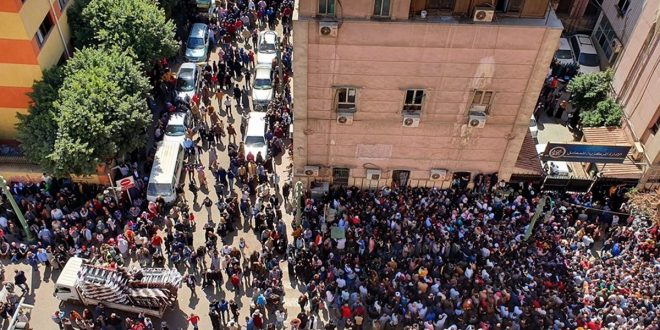 An official at the Egyptian heath ministry yesterday denied recent reports by the Guardian and the New York Times that thousands of people have been infected by the novel coronavirus in the country.

“Cairo has nothing to hide and the infection toll is being made very clearly and transparent in coordination with the World Health Organisation (WHO),” the official said, stressing that the figures announced by the health ministry were “correct”.

Prominent human rights lawyer, Amr Abdel Salam, filed a lawsuit against the two agencies claimed they were aimed at “destabilising Egypt’s public security, stirring strife and confusion, and spreading a spirit of frustration and despair among Egyptians.”

On Sunday, the Guardian reported that Egypt was “grappling with a higher rate of coronavirus infections than official figures,” quoting a research recently-released by Canadian disease specialists.

“Under the conservative estimate of Covid-2019 burden, where linked and ambiguous cases are eliminated, we estimated an outbreak size of 19,310 cases in Egypt,” infectious disease specialists from the University of Toronto said, adding that Egypt had a “large burden of Covid-2019 cases that are unreported.”

The researchers were reported to have based their research on a mix of flight data, traveller data and infection rates.

In a similar context, Egyptian sources recently told the London-based publication Egypt Watch that they estimate there to be more than 20 confirmed cases of coronavirus in Egypt, contrary to official figures which put the number at two.

According to Egypt Watch, patients who tested positive were being kept in military hospitals, which are not subject to the direct supervision of the Ministry of Health, sparking fears that cases would not necessarily be recorded.