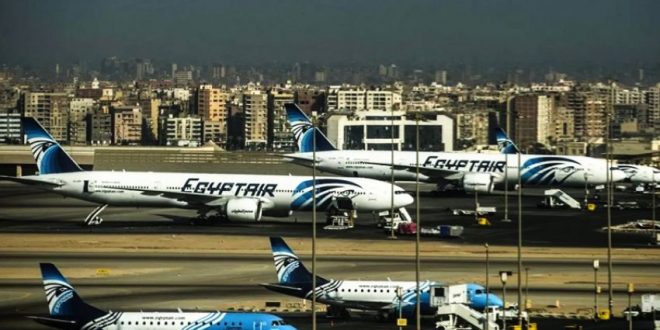 Coronavirus: Egypt to halt air traffic from Thursday until end of March

Egypt will suspend its air traffic starting from Thursday until 31 March in an effort to contain the spread of the novel coronavirus, while experts warn the rate of infection in the country is likely to be much higher than official figures suggest.

Prime Minister Mostafa Madbouly made the announcement on Monday, confirming that during the air traffic closure, health authorities will also sanitise hotels. Tourists currently staying in the country will be able to complete their vacations, he added.

There is no need for people to stock up on goods, he emphasised, as Egypt’s strategic reserves of key commodities will last for months.

In addition, Madbouly said his cabinet will reduce the number of public sector employees to limit human transmission of the virus that has so far killed two people in the North African country.

Egypt has reported a total of 150 cases of infections; 26 of them have recovered. Three cases have died, according to Monday’s tally.

However, experts believe the number of coronavirus infections in Egypt is likely to be much higher than the official figures.

Research by Canadian disease specialists estimates the actual number of cases to be closer to 20,000.

“Under the conservative estimate of Covid-2019 burden, where linked and ambiguous cases are eliminated, we estimated an outbreak size of 19,310 cases in Egypt,” they said, using a mix of flight data, traveller data and infection rates, the Guardian reported.

“Egypt likely has a large burden of Covid-2019 cases that are unreported and greater public health clinical capacity may help identify and manage cases.”

The pandemic has forced countries to impose lockdowns on tens of millions of people as the world seeks to contain the spread of the virus.

On Sunday, Egypt suspended schools and universities for two weeks to contain the virus.

The ancient city of Luxor has witnessed a semi-lockdown since last week as tours of monuments, cultural events and balloon trips were cancelled in the wake of the pandemic.

Tourism is one of Egypt’s main sources of hard currency, especially during the current peak season in the ancient cities.

Thousands of locals in the region are economically dependent on tourism as their source of living.