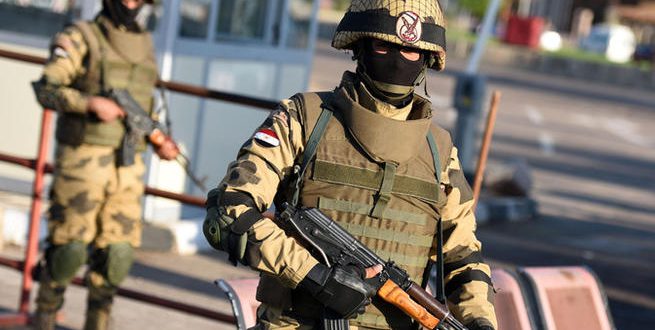 Egyptian army officers said to be infected with coronavirus: Report

Egyptian media sources said that several army officers have been infected with the new coronavirus, Covid-19, but the Egyptian government has not announced it, Egypt Watch reported on Sunday.

Egypt closed schools and universities for two weeks on Sunday to prevent the spread of the virus as the number of cases rose, reaching 110 on Saturday. Two people have died, according to Reuters.

Lebanon’s Al-Akhbar newspaper cited an Egyptian official as saying the real number of cases in Egypt exceeds 1,700, Egypt Watch noted. A source from the Ministry of Health told Egypt Watch that the country lacks the means to test or treat those suspected of having the virus, though the government was putting in place numerous procedures to try to stop its spread.

An Egyptian journalist told Egypt Watch he personally knew of three cases of the coronavirus that the government had not announced, all of whom were high-ranking officers in the Egyptian armed forces.

The journalist said there were large-scale medical examinations taking place inside the armed forces, but he didn’t know if there were other infected personnel.

The human rights organisation, We Record, said in a statement that it had also obtained information about coronavirus infections among Egyptian army officers, according to Egypt Watch.

In its statement, the organisation said it was not concerned about a potential “clash with the Egyptian authorities”, but that its goal was to ensure the safety of the Egyptian community, both civilian and military, because it must deal effectively with the threat of what the World Health Organisation has declared to be a global pandemic.

We Record, which reports on Egypt, Saudi Arabia and the UAE, called on Egyptian authorities to “deal with the utmost seriousness and transparency” in order to contain the virus.

MEE reported last week that Egypt’s ancient city of Luxor has been in semi-lockdown as tours of monuments, cultural events and balloon trips were cancelled amid the coronavirus outbreak.

Tourism is one of Egypt’s main sources of hard currency, especially during the current peak season in the ancient cities.

Thousands of locals in the region are economically dependent on tourism as their source of living.

Health SituationSecurity ForcesSecurity Situation
All
2020-03-15
asaeid
Previous Egypt: rate of coronavirus cases ‘likely to be higher than figures suggest’
Next Myths about Food Security and Water