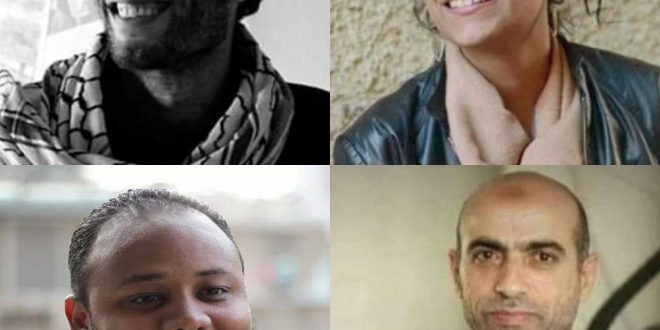 Egypt has been “abusing” pre-trial detention to eliminate human rights defenders from society by bringing “terrorism” charges against activists, lawyers, journalists and critics of the government of President Abdel Fattah el-Sisi, a report said.

According to a study by the Brussels-based EuroMed Rights network, published Wednesday, Egyptian authorities are unlawfully using the pre-trial detentions against human rights defenders as a punishment for their work, a report said.

The report, authored by Egyptian rights researcher and defender Mina Thabet, presents five case studies of human rights defenders (HRD) who have been victims of pre-trial detention since 2016.

In all five cases, lawyers of the detainees said that their detention lacks two conditions for pre-trial detention as stipulated in Egyptian law: no credible evidence has been presented to prove the “terrorism” accusations against them, and all of them have known addresses in Egypt.

“The fact that none of the HRDs examined in this study were presented with credible evidence to justify their detention is a clear illustration of the way the Egyptian regime exploits its legal framework and security concerns to serve illegal practices,” the report said.

The report added that pre-trial detention is used as a tool to crack down on human rights and punish advocates.

In addition to deprivation of liberty, HRDs also suffer torture and medical neglect and are often denied basic human rights such as water, sunlight and ventilation in their cells.

Those who are released are often subjected to parole measures such as spending every night in a police station or facing renewed charges that would put them back in prison, the report adds.

Mohamed el-Baqer, a human rights lawyer, was arrested in September and accused of the same charges brought against his client Alaa Abdel Fattah, including membership and funding of a terrorist group.

He has been held in pre-trial detention since then.

On his first day in prison, according to the report, he was blindfolded, stripped down to his underwear and subjected to verbal abuse.

He is held in the notorious Scorpion Prison, in a shared cell with three other people, and his cell has no bed, mattress or pillows. He is denied access to books, magazines or newspapers and is not permitted to leave his cell. His lawyer’s requests for urgent medical checks have been denied by the prison administration, the report added.

Mahienour el-Masry, another case mentioned in the report, is a human rights lawyer and award-winning women’s rights defender.

Similar to Baqer, Masry was arrested after attending investigations with one of her clients in September 2019.

She has since been held in pre-trial detention in al-Qanater women’s prison and accused of participation in a terrorist organisation to achieve its goals, disseminating false news, and using social media to publish rumours.

The third case cited in the report is that of human rights lawyer Ibrahim Metwally, whose work had focused on cases of enforced disappearance in Egypt.

Throughout his work, he succeeded to oblige the ministry of interior to reveal the whereabouts of several victims of enforced disappearance, including his own 22-year-old son.

Metwally is currently in pre-trial detention on charges of membership and financing of a terrorist group.

He has complained of torture and medical negligence in jail since his detention in 2017.

“He said that officers stripped him of his clothes, filmed him naked, poured cold water on his body and subjected him to electric shocks in several parts of his body including his genitals,” the report said.

Amal Fathy, a women’s rights advocate, was arrested in May 2018 after posting a Facebook video criticising the Egyptian government’s inaction about sexual harassment.

She remained in pre-trial detention until December of the same year. The poor circumstances of her detention have led to severe mental distress and paralysis in one leg, according to the report.

The fifth case is that of Haytham Mohammadeen, a workers rights advocate, who has been in pre-trial detention since May 2019 on charges of aiding a terrorist group and spreading false news.

The government of President Sisi has often denied holding political prisoners and has justified its crackdown on critics as part of its war on terror.

Rights groups, however, say that at least 60,000 political prisoners languish in Egyptian jails.