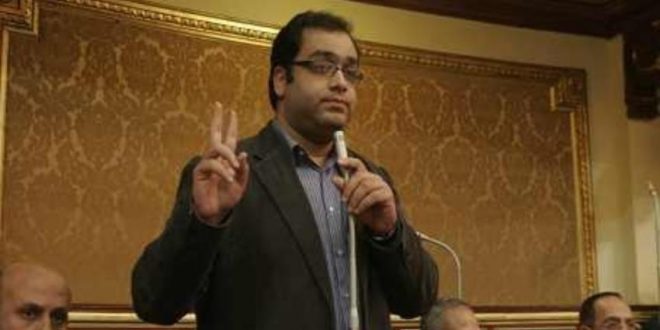 Egyptian courts have sentenced a human rights lawyer and former MP to a year in prison and a fine of 20,000 Egyptian pounds (around US$1,270) after speaking to the media about the human rights situation in Egypt.

Zyad el-Elaimy was sentenced for “spreading false news with an intent to spread panic among the people and disturbing public peace” during a TV interview with the BBC in 2017.

He, along with seven others was arrested June last year under allegations that they were affiliated with the outlawed Muslim Brotherhood group.

El-Elaimy, however, is a member of the Hope Coalition which represents secular political trends, and is one of the leaders of the secular Social Democratic Party.

His arrest has prompted backlash against the Egyptian regime led by President Abdel Fattah al-Sisi.

“Zyad el-Elaimy has been unlawfully detained since June last year, when he was arrested in relation to his peaceful political activities,” rights watchdog Amnesty International said in a statement.

“He has now been sentenced to a year in prison for daring to give a TV interview to BBC Arabic, in which he spoke about the practices of politically motivated imprisonment, enforced disappearance and torture in Egypt,” the organisation added.

Amnesty said el-Elaimy’s arrest represents the Sisi regime’s intolerance to any opposition to the state.

“The unfounded charges of which Zyad has been convicted stem solely from the peaceful expression of his opinion and his peaceful political activities, demonstrating the Egyptian authorities’ total intolerance of dissent. It is outrageous that he has been punished with a year’s imprisonment simply for speaking to the media.”

Elaimy played a key role in the movement that unseated autocrat Hosni Mubarak in 2011 and he subsequently served as a lawmaker for a year.

Since the 2013 military overthrow of elected Brotherhood president Mohamed Morsi – who died last year after collapsing in court – there has been a widespread crackdown on dissent.

Thousands of Islamists and secular pro-democracy activists are routinely jailed following trials that are criticised internationally, though Egypt maintains it is countering terrorism.

Human RightsICT and Media GovernanceJustice
All
2020-03-10
asaeid
Previous Imprisoned son of Mohamed Morsi at risk of being ‘poisoned’, lawyers say
Next Reports: Egypt intelligence chief made ‘secret’ visit to Syria 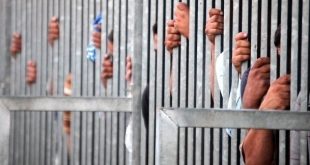