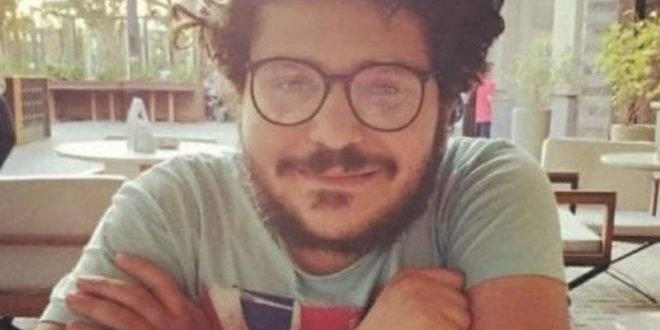 Amnesty International has called on Egyptian authorities to release a researcher and activist detained and allegedly tortured last week.

Patrick Zaky, who is a graduate student at Bologna University, was detained at Cairo airport late on Friday as he arrived to visit his family.

He was held on a warrant issued in September last year after he left to pursue his studies, according to the Egyptian Initiative for Personal Rights (EIPR), a prominent rights organisation where he is a researcher.

“We call on the Egyptian authorities to immediately and unconditionally release Patrick, who is detained solely for his human rights work and opinions he has expressed on social media,” said Philip Luther, Amnesty’s Research and Advocacy Director for the Middle East and North Africa.

Luther condemned his “arbitrary arrest and torture” as “yet another example of the state’s deep-rooted repression of perceived opponents and human rights’ defenders, which reaches more audacious levels with each passing day”.

National Security Agency (NSA) officers kept Zaky blindfolded and handcuffed during his 17 hours’ interrogation at Cairo airport and then at an undisclosed NSA location in Mansoura, his lawyer Samuel Tharwat has said.

He was later beaten and electrocuted by security forces while in custody in Mansoura, EIPR said on Saturday. His employer added that he had been questioned about both his work and activism.

The Egyptian authorities “must open an independent investigation into the torture he has suffered and urgently ensure his protection,” Luther said in a statement on Monday.

Italy has also called on Egypt to release Zaky. The case has attracted widespread attention in Italy, where the wound of Italian student Giulio Regeni‘s suspected murder by Egyptian security services is still raw.

In a statement on Sunday, Italian Under-Secretary for Education Peppe De Christofaro said he had a “well-founded fear that the young Egyptian researcher … is currently suffering arbitrary and unjustified detention and that he is a new victim of violence and abuse from the Egyptian security forces”.

De Christofaro has urged other European countries to press Cairo for his release.
Zaky appeared before the public prosecutor in Mansoura on Saturday, where he was ordered to be held in custody for a further 15 days for more questioning.

He faces charges of “incitement to protest without a permit”, “inciting to overthrow the state”, “running a social media account intent on… harming national security” and “broadcasting false news, as well as “promoting terrorist acts”.

Zaky is one of a string of human rights defenders to be arrested in recent months, many of whom have been subject to repeated 15-day detention orders.

Since October last year six EIPR staff “have been temporarily detained and questioned” in operations apparently targeting “individuals perceived to be politically active in any way”, the NGO said.

A rare bought of anti-regime protests in September last year saw the swift arrest of thousands of people, most of whom have since been released. Several prominent lawyers, activists and academics remain in prison.