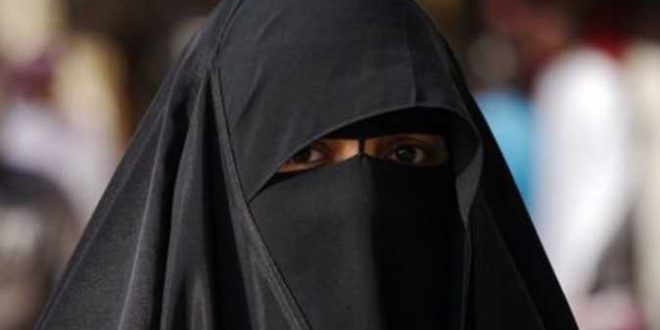 An Egyptian court upheld a ruling on Sunday banning teaching staff at Cairo University from wearing a face veil while holding lectures.

The decision, which cannot be appealed, followed a controversial 2015 ban by the university’s president, Gaber Nassar.

In March 2018, the Supreme Administrative Court ruled against accepting the cases brought by attorney Ahmed Mahran, who filed the lawsuit against the university president Nassar arguing that the decision was unconstitutional.

“The freedom of the individual to choose his clothes falls within the personal freedom guaranteed by the constitution and the ordinary individual does not abide by any restrictions imposed on him by the administration and he is allowed to wear whatever he likes, however, this freedom is not absolute, but rather it must be exercised within the limits of respecting public morals,” the court said.

While the university does not impose a particular uniform for its staff, “article 96 of the law regulating universities obliges them to adhere to university traditions”, the ruling added.

“Some female faculty members wearing the niqab during lectures do not achieve direct communication with students, in violation of the law,” it concluded.

Mahran, who also heads the Cairo Center for Political and Legal Studies, told The New Arab in 2016 that the verdict contradicted several other rulings by the Administrative Court – including one that granted female employees the freedom to wear the niqab at their workplace in the Kafr al-Sheikh provincial council the year prior.

It is illogical to ban women who choose to be modest from practicing their work, as this would be unjustified discrimination,” he explained.

Mahran added that he would appeal the verdict as it contradicts earlier rulings by the Supreme Administrative Court.

According to Mahran, the 80 claimants he represents include women who do not wear the niqab, but who stand in solidarity with those affected by the ban.

Nassar issued the niqab-ban decree at the beginning of the 2015/2016 academic year in response to students who complained of “poor communication” in class.

Explaining the reason behind the niqab ban, Nassar told The Associated Press at the time that he wanted to “cure the disease” before it became one.

According to Nassar, the niqab is especially problematic in language courses, where the cloth barrier of the veil hinders student-teacher communications, producing low grades and graduates incapable of enunciation.

“We are not banning the niqab, we are just regulating it,” Nassar said.

Nassar added that the ban was restricted to classrooms during lectures and teachers are still allowed to wear their niqab on campus.

Despite applying only to Cairo University, the decision was condemned by officials and academics from other universities across the country, as well as Islamic clerics and students, who denounced the move as discriminatory.

Presidents of public universities in other cities, such as Mansoura, Ismailia, Minya, and Qena, were among those who rejected Nassar’s decree.

However, Nassar said he had the support of the Grand Mufti, Egypt’s top religious authority.