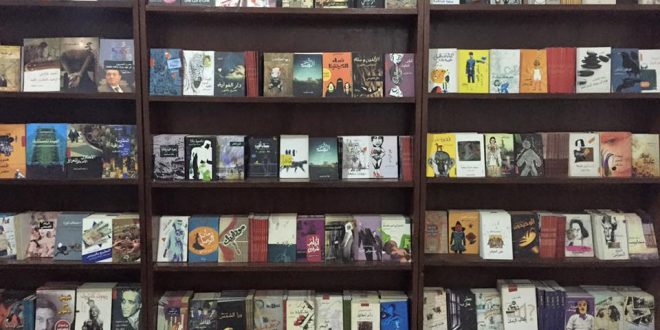 The Egyptian authorities excluded a number of renowned Islamic publishing houses from the 51st edition of the Cairo International Book Fair, which opened its doors to the public on Thursday.

The current Egyptian regime took several measures to prevent the Islamic publishing houses from participating in the book fair, including imposing guardianship on some of them and annexing them to the state treasury, such as the Islamic Distribution and Publishing House and Dar Al-Dawa, claiming that both publishing houses are owned by the Muslim Brotherhood.

The regime also seized other publishing houses such as Safir Publishing Company and arrested its chairman, the secretary-general of Al-Wasat Party, Mohamed Abdullatif.

Officials working in the office of the chairman of the Egyptian General Authority for Books, Haitham Al-Haj Ali, confirmed that the artistic works police determine whether a publishing house will participate in the book fair, in accordance with the law.

Al-Haj Ali indicated in a statement that: “The General Authority for Books is a governmental institution, and the law compels it to communicate with the police of artistic works to enforce the law relating to banning specific books or publishing houses. Because there is a judicial ruling banning the Muslim Brotherhood’s activities in the country, censoring the books of Qutb, Al-Qaradawi, Al-Ghazali, Al-Banna, and others, is considered as part of the endeavour to prevent the Muslim Brotherhood from carrying out its activities.”

One of the Egyptian publishers banned from participating in the book fair revealed that he had submitted an application to the General Authority for books in two previous editions, to obtain permission to present his books at the event, as an experienced publisher whose participation should be prioritised. However, the authority’s officials informed him that the security forces refused his request, reported Arabi21.

The Egyptian publisher, speaking on condition of anonymity, confirmed that he had not submitted a request this year as other publishers advised him so that his publishing house would not be confiscated or seized.

The publisher pointed out that as a result of excluding Islamic publishing houses and confiscating the books of Al-Qaradawi, Al-Banna, Al-Ghazali, Qutb and others, in addition to prohibiting the display of their books, the novels achieved their best sales during the last two editions of the book fair.

The Egyptian authorities implemented two methods of banning the books of prominent figures in the Muslim Brotherhood and Islamic current. The first method is for the General Authority for Books to demand publishing houses to provide a list of books to be exhibited during the event.

The second method, which is usually executed during the book fair, consists of the police force checking on the publishing houses inside the booths, to confiscate the books. Other times, the security forces seize the publishing houses’ participation authorisations, prompting the owners of these houses to refrain from displaying this type of books.

The former president of the Egyptian National Library and Archives, Khaled Fahmy, considers that the book fair, with its new image and new organisation, at the Egypt International Exhibition Centre in New Cairo, east of the capital, is an enhanced version of the old book fair, held at the Exhibition Grounds, in Nasr City.

ICT and Media Governance
AllCairo
2020-01-25
asaeid
Previous How artistic freedom of expression shrinks in ‘new’ Egypt
Next What Has Changed in Policing since the Arab Uprisings of 2011? Surveying Policing Concepts and Modes of Contestation