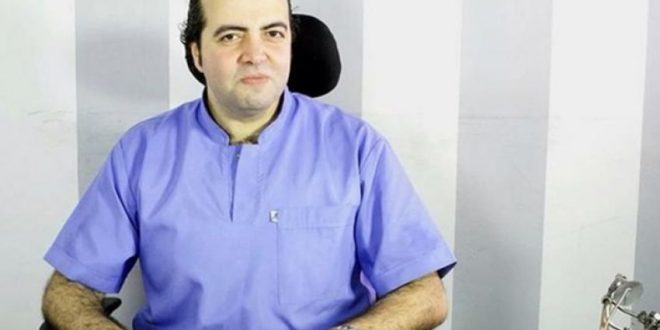 Egypt’s administrative court has ordered the country’s interior minister to reveal the location of a prominent Arab Spring activist and former lawmaker, local media has reported.

The court ordered the whereabouts of Mostafa al-Naggar, a prominent Egyptian blogger, activist and lawmaker who has been missing for 16 months, Mada Masr reported, citing the Egyptian Commission for Rights and Freedoms.

Al-Naggar, considered an iconic figure during the 2011 Egyptian revolution, actively blogged against former President Hosni Mubarak during the uprising.

He was called for national unity with all Egyptians and was vocal about his support for democracy, human rights and the plight of Egypt’s Coptic Christian minority.

During his election campaign, Al-Naggar continued to press on such issues and won a seat in parliament, shocking many analysts who thought he would lose to the Muslim Brotherhood.

Throughout his campaign, extremists attempted to smear him as “the church candidate”.

In September 2018, Al-Naggar disappeared and has not been heard from since, despite desperate attempts from family and friends to locate him.

He was due to appear in court on charges of insulting the judiciary in October, but never showed up.

Some fear that Al-Naggar was shot dead by Egyptian border guards while trying to escape the country. He was allegedly planning to leave Egypt via Sudan with the help of smugglers before his disappearance.

A month after his disappearance, the State Security Services (SIS) released a statement denying the allegations.

“After taking all the above into careful consideration SIS stresses that all the competent authorities and agencies categorically deny that Dr. Mostafa Ahmed Mohamed Al Naggar was arrested by security forces or that he turned himself in for that matter,” they said.

The SIS added that they believed he was running away from the courts and smeared him as a fugitive.

“The SIS also stresses that all the rumours and allegations of his enforced disappearance are false and that he is still a fugitive willingly evading serving the sentence issued against him.”

In December 2018, Al-Naggar’s friend Islam Lofty Shalaby wrote in a Facebook post that he feared Al-Naggar is dead  and urged caution regarding the state’s narrative.

“The statements of the public authority for information and ministry of interior have no more weight than the weight of the paper written on it,” he said.