Home / Normal / In 1st ruling of its kind, court invalidates order for activist to spend 12 hours in police station as part of probation sentence 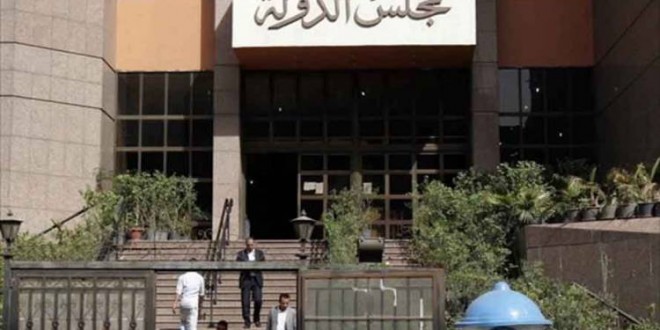 In 1st ruling of its kind, court invalidates order for activist to spend 12 hours in police station as part of probation sentence

An administrative court ruled on Monday to invalidate the order by the Daqahlia security director and the head of the Aga police station to compel April 6 Youth Movement co-founder Mohamed Adel to spend 12 hours every night — from 6 pm to 6 pm — inside the police station as part of his probation. Instead, the court ruled Adel could spend that daily probationary period inside his home, according to lawyer Aziza al-Taweeil.

Adel was sentenced in December 2013, along with fellow April 6 co-founder Ahmed Maher and activist Ahmed Douma, to three years in prison, levied a fine of LE50,000, and an additional three years of probation on charges of violating Egypt’s protest law. Adel was released in January 2017, and on the orders of the Aga police station had to turn himself into the police station every day at 6 pm for 12 hours. On June 9, 2018, Adel was re-arrested from the police station and charged with spreading false news on social media, inciting against the state, and disturbing the peace. He remains in remand detention.

Monday’s ruling is the first of its kind in Egypt, where authorities have compelled those with probationary sentences to spend 12 hours every night inside their local police station.

The practice has been widely condemned by human rights groups, including Amnesty International, as an arbitrary and excessive form of punishment.

After serving a five-year prison sentence, software developer and activist Alaa Abdel Fattah was forced to spend every night in the Dokki Police Station as part of his five-year probationary sentence, until his re-arrest and imprisonment in September. Meanwhile, photojournalist Mahmoud Abu Zeid, known as Shawkan, continues to spend 12 hours every day inside a police station since his release from prison in March 2019 after spending over five years behind bars. As a result of the harsh probationary measures, the Committee to Protect Journalists maintains Shawkan’s listing as imprisoned.