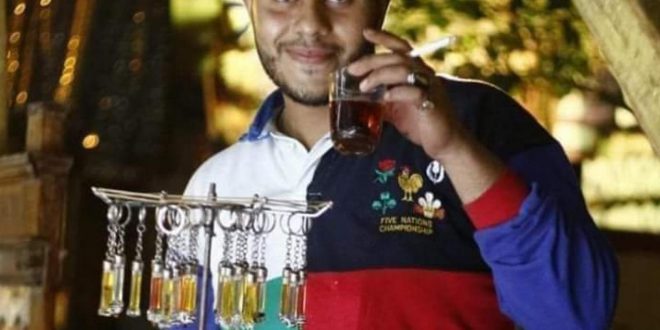 One Egyptian died and another was seriously injured after they were told by a manager to jump off a train moving at high speed because they failed to pay for tickets, eyewitnesses have said.

Videos of passengers informing police authorities about the incident have gone viral on social media, with Egyptians calling for the prosecution of those responsible.

The train’s manager has reportedly been arrested on charges of deliberate murder as an investigation continues. A ticket officer was also arrested.

Several Egyptian media outlets have identified the dead man as 23-years-old Mohamed Eid from Shubra El-Khaima, Qaliubiya, while the second passenger has only been described as a 25-year-old.

According to eyewitnesses, the manager of the train travelling from Alexandria to Luxor on Monday asked the two passengers to pay a penalty fee for failing to show their tickets.

But when they refused to pay, he escorted them to a train door, opened it and asked them to jump while the train was moving at high speed.

“One of them was a vendor and another was a passenger who failed to pay,” an eyewitness told police in a video shared by Egyptian social media users.

The eyewitness added that the manager then took a key from an assistant, and then opened the train’s door.

“He told him to jump, but the guy said, ‘How can I jump while the train is moving?’”

According to the eyewitness, the manager replied: “It’s not my business. You should leave the train, as long as you don’t have money or ID.

“One of them jumped and was thrown away from the train, while the other fell under the train wheels because he was heavy and couldn’t hold the door,” the eyewitness said.

The same eyewitness said authorities confirmed the incident, and found one dead body with his head cut off, while the other lost one leg.

A statement by the Ministry of Transport said that the two men “jumped off the train while it was slowing down near Defra station due to signal failure”.

“One of them fell under the train wheels and died immediately,” the statement read.

‘They are the ones who jumped’

During an interview with online Egyptian newspaper Masrawy on Monday, Minister of Transport Kamel el-Wazir apologised to the victims’ families, but also said stressed that the manager had not thrown them from the train.

“They are the ones who jumped,” he was quoted as saying.

“The first one, because he was slightly overweight, fell between the train and the platform, while the other could jump properly and has incurred minor injuries,” he told Masrawy.

Wazir added that the policy for dealing with those who fail to show tickets is to report them and hand them over to police at the nearest stop.

“If you don’t have money, why do you board a first-class train? Take a normal train that you can afford,” he added.

Wazir, a former senior army officer, was appointed as transport minister in March after a train crash that killed at least 22 and injured dozens in Cairo’s main train station. His predecessor Hisham Arafat resigned after the incident.

According to Masrawy, the train’s manager Magdy Hammam denied that he was responsible.

“I didn’t do anything. The two guys opened the door and jumped because they didn’t have money for the tickets,” Hammam was quoted as saying.

The train incident comes as the percentage of Egyptian living in extreme poverty has risen to 32.5 in 2018 from 27.8 percent in 2015, according to government statistics. 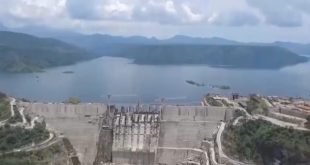 Tensions escalate between Egypt, Ethiopia with no end in sight of Nile dam dispute

The Ethiopian delegate to the United Nations, Ambassador Taye Atske Selassie, has accused Egypt of …