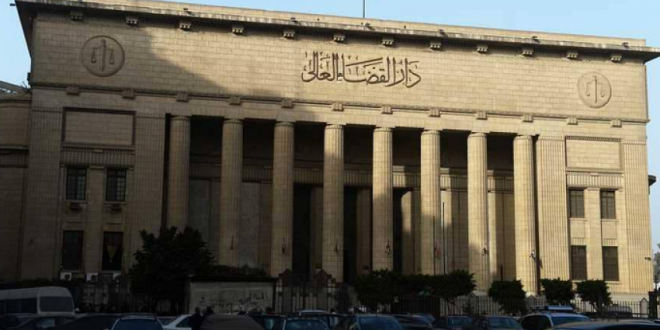 Egypt’s State Council Judges Club and the Administrative Prosecution Authority Judges Club each held meetings Sept. 14 to discuss changes from the tax authority that will increase income taxes on Egypt’s judges, a judicial source told Al-Monitor on condition of anonymity.

The Supreme Judicial Council held a meeting on the same day in which its head, Abdallah Amin Asr, said he understands the woes and interests of the judges. He promised to be in contact with the Ministry of Finance but thus far has been unable to get the tax increase repealed. The Egyptian Ministry of Finance issued a decision June 17 whereby judges’ salaries would be subject to a higher income tax, raising the ire in judicial circles.

The judicial source commented on this decision, saying that according to a June circular issued by the Ministry of Finance concerning income tax, the standard 22.5% tax levied on judges’ incomes would now be deducted from their gross salary, rather than from their basic salary as previously done. Thus, any bonuses, perks or additional payments would now be subject to tax. The decision went into effect in early September.

The same source said the judges have agreed to keep their communications with the government calm and to communicate with the relevant authorities.

The judicial source also said that following a meeting held by the Judges Club Sept. 15, the club’s president, Mohamed Abdel Mohsen, issued a statement asking for calm and explaining that the judges are committed to the law and will not oppose it. The judges, Abdel Mohsen said, dispel the rumors aimed at undermining their unity.

In a post on his Facebook page Sept. 13, Abdel Mohsen stated that judges have not rebelled against the income tax. He said that Egypt’s judges only ever demand what they are guaranteed by law: an independent judiciary and for the dignity of their profession to be maintained. In pursuit of these goals, they never disrespect the law. If they disagree with an official decision or a course of action, he noted, they work through legitimate means within the law to address these grievances.

The move to raise taxes comes less than a year after several judges had lodged complaints about their low salaries, amid soaring prices in Egypt. In January of this year, Abdel Mohsen sent an official letter to the Supreme Judicial Council to ask that judges’ salaries be adjusted in light of the increased cost of living. He said judges should get the same privileges that members of the Supreme Constitutional Court and the Council of State get — they earn the highest salaries in the judiciary.

In his letter, Abdel Mohsen said judges are in distress due to the judicial inequality as far as wages are concerned. This, he said, indicates that the unity and smooth functioning of the judiciary are at stake due to such discontent.

The change in tax code was reportedly made after the country’s tax authority discovered that tax collection for judges didn’t conform to tax code. Mohsen el-Gayyar, a tax inspection manager with the Egyptian Tax Authority — which is affiliated with the Ministry of Finance — said Minister of Finance Mohamed Maait sent a letter to Asr June 17 in which he said the Egyptian Tax Authority had discovered an error in the method in which judges’ salaries are taxed, thus reducing the tax revenue going to the Egyptian public treasury.

Gayyar told Al-Monitor that according to the letter, previously judges’ salaries had been taxed based on the base salary alone, while it is supposed to be imposed on the gross salary, as stipulated in Article 9 of the Income Tax Law. The latter provides that all earnings by a taxpayer — regardless of the name of such dues, be they wages, bonuses, incentives, commissions, grants or additional wages — shall be taxed.

He said Maait called on Asr to ask all courts across the republic to abide by the decision and inform judges that the income tax rate for judges of 22.5% would be applied to their gross salaries in accordance with the Income Tax Law.

Ahmad al-Jadami, a lawyer at El-Helaly Foundation, told Al-Monitor the decision comes in light of attempts on the part of the executive authority to control the judiciary through the carrot and stick approach.

Jadami believes the decision to apply taxes to the gross salary aims to punish the judiciary for its stances against some of the state’s decisions, at a time when the state is showing a desire to tighten its grip on the judiciary. In recent years, the latter has pushed back against decisions made by government authorities. For example, he said, the Egyptian Council of State annulled in 2016 an agreement by the presidency to hand over the islands of Tiran and Sanafir to Saudi Arabia, and President Abdel Fattah al-Sisi issued Law No. 13 of 2017 on April 27, 2017, which grants the office of the presidency the power to select the heads of judicial bodies.

Budget and FinanceJustice
All
2019-10-07
asaeid
Previous Egypt: Parliament Steps Up its Rhetoric against Ethiopia over GERD
Next US aid to Egypt poised to proceed in what rights groups call ‘shameful’ act