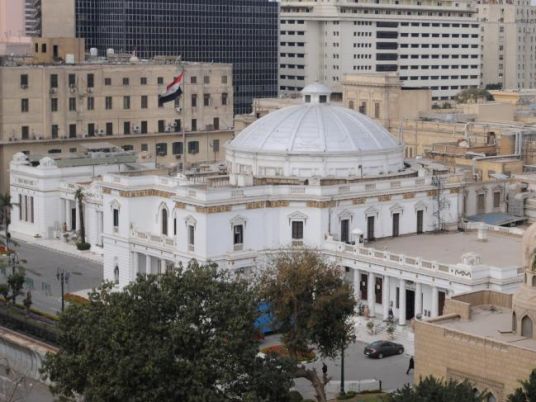 Parliament overwhelmingly approved on Monday a new law governing the operations of non-governmental organizations to replace a 2017 law currently in place.

President Abdel Fattah al-Sisi first called for the 2017 law to be amended in November following widespread domestic and international criticism of its provisions. While Sisi had ratified the 2017 law, its executive bylaws were never passed, creating an ambiguous legal landscape for NGOs in Egypt.

Soon after Sisi’s call for changes to the 2017 law, the prime minister created a committee to review the law, host a series of national dialogue sessions and propose amendments. In April, the committee announced it would draft an entirely new law to replace the 2017 law. A month later, the Cabinet approved a draft prepared by the Minister of Solidarity, Ghada Waly, and it was submitted to Parliament earlier this month for discussion before it was formally approved on Monday. The law will go into effect once it is ratified by the president.

Parliamentary Speaker Ali Abdel Aal claimed that the new law addresses 99% of the criticisms of the 2017 law, which severely restricted NGO activities and included jail terms for non-compliance. However, rights groups rejected the changes in the new law as merely cosmetic. In a joint statement, 10 Egyptian rights groups rejected the new law as a “rebranding” of the “repressive” 2017 law. “It is animated by the same underlying hostility to civil society organizations, and seeks to subordinate them to the security apparatus,” the statement reads.

Others viewed the new law as a qualified victory. Former Deputy Prime Minister Ziad Bahaa Eddin stated that while the new bill “falls short of what civil society aimed for”, it was an “undeniable improvement” over the 2017 law and represented “a space for negotiation and compromise” toward “common ground.”

The deputy chairman of Parliament’s Social Solidarity Committee, MP Mohamed Abu Hamed, told Mada Masr that the new law “responded to all of the objections of the [2017] law by civil society groups in Egypt and abroad.” He said the approved bill is in accordance with the principles included in previous drafts, namely a version put forward by former Minister of Social Solidarity Ahmed al-Borai that was first introduced, with some amendments, by current minister Waly in 2016, and then subsequently modified into the current bill.

Abu Hamed pointed to amendments in the new law that do away with provisions allowing the security and intelligence agencies to supervise NGO activities and instead task the Ministry of Social Solidarity with oversight of organizations. He also highlighted changes to NGO registration procedures, funding provisions, and the removal of all penalties involving jail time.

On the other hand, the former Minister of Social Solidarity, Ahmed al-Borai, said the new bill contravenes generally accepted international principles governing the right to form and join civil society organizations and denied that it was in any way consistent with the law he put forward after extensive consultation, dialogue, and input from civil society.

Ahmed al-Borai told Mada Masr that the only difference between the new bill and the heavily criticized 2017 law is that it takes away the power of security agencies to control and restrict NGOs and grants it to ministry employees instead. The former minister said the relationship between government authorities and civil society should only be determined by clear legal articles under the supervision of the judiciary.

The new bill violates the general principle that “the dissolution of an association, or the dismissal of its board of directors, shall not be permitted except by a judicial decision,” Ahmed al-Borai said. Instead, the draft law authorizes the minister of social solidarity to order the suspension of an NGO’s operations for up to one year in a number of circumstances, which Ahmed al-Borai said was in reality “an end to the life of the organization.”

Those circumstances include engaging in activities not spelled out in the association’s charter, the disposal or allocation of funds by the board of directors for purposes other than those for which the association was founded, or moving to a new address without notifying the administrative body within three months of the date of the move. Any closure decision is then subject to court review within seven days.

While Ahmed al-Borai applauded the decision to do away with all penalties involving jail time, he criticized the exorbitant fines it imposed instead, which range from LE 100,000 to LE 1 million. Ahmed al-Borai said that Egypt desperately needs civil society organizations to help develop sectors such as health and education amid poor economic conditions and a generally low standard of living. Instead of encouraging civil society work, the new law imposes hefty fines on NGOs for violations he said were a normal part of civil society activities, such as conducting opinion polls and field research, which is banned under the new bill unless approved by the state statistics agency.

The new bill provides for fines ranging from LE 50,000 to LE 500,000 for violations such as moving to a new address without notifying authorities, or using funds for purposes other than those for which they were allocated — a significant increase over the penalty range in the 2017 law, which is LE 20,000 to LE 100,000.

The new law creates a Central Unit for Associations and Civil Work within the Ministry of Social Solidarity that is responsible for the monitoring and oversight of domestic and foreign NGOs. This unit replaces the National Agency to Regulate the Work of Foreign Non-governmental Organizations, which was created by the 2017 law, and which included representatives from the intelligence apparatus and the defense and interior ministries.

Ahmed al-Borai described the powers granted to this unit as “vague.” He cited a provision in the law that requires the ministry to carry out a “study of the characteristics of NGOs that might be prone…to being involved in terrorist financing or to being exploited for this purpose.” Such a study would then be followed with “establishing a monitoring system of offices or fieldwork in accordance with the dangers identified in the study.”

The joint statement by 10 Egyptian rights organizations, including the Cairo Institute for Human Rights Studies, the Egyptian Front for Human Rights, the Arab Network for Human Rights Information, the Community for Justice, the Freedom Initiative, the Al-Nadeem Center, ِthe Adalah the Center for Rights and Freedoms, the Association for Freedom of Thought and Expression, and the Egyptian Center for Economic and Social Rights, objected to numerous provisions in the new bill, including:

Abu Hamed dismissed the criticisms by Ahmed al-Borai and rights groups, saying that the new law “reflects the Egyptian state’s appreciation and need for civil society.” He added that the law addressed criticism of the 2017 law and only retained provisions from previous bills that had received general consensus.

On October 20, 2016, the Cabinet approved a draft bill initially prepared by the Ministry of Social Solidarity under Ahmed al-Borai which was later put to public consultation by his successor, Ghada Waly.

On October 23, 2016, the Social Solidarity Committee in Parliament decided not to wait for Waly’s law in favor of considering a draft introduced by the majority leader in Parliament, MP Abdel Hadi El-Qasabi, earlier that year. Waly was not invited to the committee’s discussions of the bill, and the parliamentary speaker introduced the law in the plenary session on November 14, 2016.

When the 25-30 Alliance bloc in Parliament objected to Qasabi’s law, calling for more time for Waly’s law to be finalized, Parliamentary Speaker Abdel Aal denied the request, saying that the two bills aligned on most issues. Parliament approved the Qasabi version and Sisi signed it into law in June 2017.

Human rights lawyer Negad el-Borai has taken a mixed position on the new bill, praising some of its achievements while remaining critical. “[The new law] falls short of the hopes of civil society workers but it also exceeds their expectations given the situation Egypt is in,” Negad el-Borai told Mada Masr, adding that he considers the new bill a first step towards a more balanced piece of legislation, with more amendments to be introduced in the years to come.

Negad el-Borai noted that civil society groups have been trying to pass improved NGO legislation since the 1980s and that civil society laws will not be improved with a single “knockout blow.” He said that while the 2017 law was the “worst ever,” the new bill is the best version when compared to Law 84/2002 or the law preceding it (Law 153/1999).

Negad el-Borai added that despite the hefty fines and broad powers granted to the Ministry of Social Solidarity — including the authority to suspend NGO activities — there are improvements in the law. He says the most remarkable changes are articles pertaining to the procedures for receiving funds. The current bill allows NGOs to receive foreign funds in their bank accounts on the condition they report the funds within 30 days. The administrative authority is required to respond within 60 days of the funds being reported. If they don’t respond, the request is approved. In the 2017 version, a lack of a response meant the funds were rejected, which Negad el-Borai sees as a significant change.

Negad el-Borai also praised the articles classifying NGO funds as “public funds,” and subjecting them to oversight by the Central Auditing Authority, which he said establishes good practices and is a necessary step. However, in their joint statement, the 10 rights groups were highly critical of this step, saying it violated previous rulings by the Supreme Constitutional Court.

Negad el-Borai called on the Social Solidarity Ministry and civil society groups to focus their upcoming efforts on the preparation of the executive bylaws, especially as the new bill leaves many details up for debate.

The executive bylaws will determine the enforcement mechanisms of most of the laws provisions, including articles on volunteers. The bill introduces a section on volunteering, but does not specify the mechanism for accreditation of volunteers, leaving the executive regulations to determine the rules of protection for volunteers and the benefits they receive.

Negad el-Borai stressed that the struggle over civil society legislation is a long one, similar to the struggles in human rights, politics and the media. There are moments of victory and moments of loss, he says, but the passage of the new NGO law means “we are up — one to zero.”