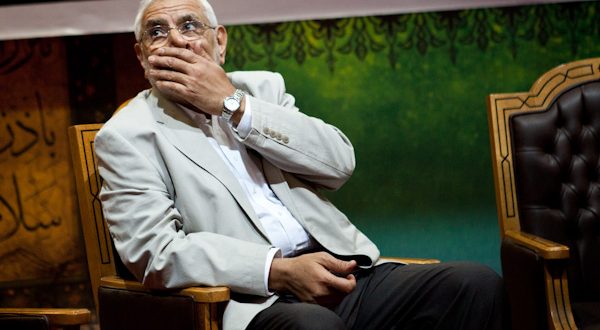 A rights group is warning that a former Egyptian presidential candidate might meet the same fate as former President Mohamed Morsi, who collapsed in court last month after having spent almost six years behind bars.

The institute said Fotouh could due in prison due to medical neglect, if not treated soon.

The statement added that the 68-year-old politician was facing “imminent death”  with diabetes, hypertension and chronic heart and prostate conditions that require surgeries.

Earlier this week, Aboul-Fotouh’s son said his father had suffered two heart attacks while being held in prison.

“My father is in danger of losing his life at any moment,” Ahmed Aboul Fotouh said.

Aboul Fotouh was arrested in February 2018, after voicing harsh criticism of the ruling regime of president Abdel-Fattah al-Sisi.

He was detained after giving an interview to the Al-Jazeera Television Network, on charges of “spreading false news” and being part of an unspecified “banned organization”.

Aboul Fotouh had been a leading member of the Muslim Brotherhood until 2011, when he quit the group to run as an independent in the Egyptian presidential elections, coming in fourth place with 17 percent of the vote in the first round.

Morsi, who was 67, died on 17 June in an Egyptian courtroom after suffering years of medical neglect in prison. His health problems were similar to Aboul Fotouh’s, including diabetes, hypertension, and kidney disease.

They include Esam al-Haddad, an advisor to Morsi, and his son Gehad Al-Haddad, a former Brotherhood spokesman.