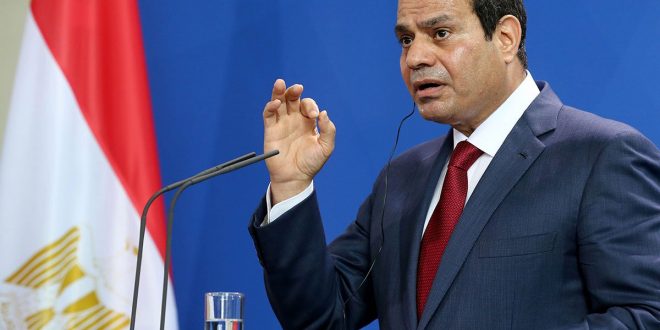 The word alliance, i.e. unity and rallying behind one individual, has become a notorious term in Egypt, despite the nobility of its meaning, as well as the purpose for which people are calling for it, as division and polarisation has reached an all-time high amongst the Egyptian people. It had become difficult, if not impossible, at this time, to restore the unity and sense of brotherhood that existed amongst the Egyptians before the brutal military coup that took place on July 3, 2013.

This coup divided the people into two nations, acknowledged by the government itself in its famous song, “We are a people, and you are a people. Despite there being only one God, we have a God, and you have a God.” This diabolical polarisation has destroyed Egyptian families and social relations between the people. We have seen brothers reporting each other, fathers reporting their sons, neighbours denouncing each other, and employees reporting their colleagues at work. Unfortunately, the Egyptians have become each other’s enemies.

It is only natural that this hostility spread to the Egyptian elites, between those who call themselves liberals, leftists, and Islamists. I can almost say for sure that the hatred even spread within the specific groups and those who follow the same ideology. They fight amongst themselves and conflict with each other. This has sadly made the two nations into many fragmented nations and tribes fighting amongst themselves.

In light of this heated and inflamed environment, we have periodically seen those who call for aligning within a single front emerge on the scene. They call for disregarding all political disputes to confront the fascist government and rescue Egypt. Every time they appear, we hear raised voices with sharp tones calling to abort these calls. Some say they will not join hands with those who blessed the bloodshed of our fellow Egyptians and supported the helped the coup against us, while others say they will not join hands with those who will turn our country into a fascist religious state. They claim they are against the dictatorial military rule, but always say they prefer the hell of the military over the heaven of the Brotherhood. Hence, all reconciliation and alignment initiatives are lost.

The most recent alignment initiative was proposed by Dr Ayman Nour, the leader of the El-Ghad Party. This is not the first initiative they have introduced, as he offered many in the past but they all suffered the same fate of dispute and rejection. They all ended up failing like the ones before them. However, this recent initiative is different than all of the past actions, as he chose 100 Egyptian figures, some inside Egypt and many outside Egypt, living in diaspora leave Egypt following the coup. The majority of these figures are liberals and leftists, while some are Islamists, although the number of these figures can be counted on one hand. It was strange for him to call on those living inside the big prison known as Egypt, who are under the control of its fascist government, established by the constitutional amendment which provided for the militarisation of the state.

These figures immediate rejected his initiative and ridiculed his call on them. Such statistics include activist George Isaac and Dr Hazem Hosny, advisor to Lieutenant General Sami Anan, who is currently in prison merely for running for president. George Isaac invited Nour to Egypt to contest and oppose what is happening on the ground, as he does. He overlooked the fact that there is no longer a real opposition on the ground in Egypt and that his liberal colleagues, not only the Islamists, who opposed and criticised the government and expressed their opinions on social media, not in conferences or protests in the streets, are now in prison with their brothers from the other nation, the Islamists.

He doubted all of the opposition members outside of Egypt, claiming they were following other countries and that they had their agendas, thus questioning their patriotism and stripping them of their Egyptian-ness to please the government that appointed him a member of the National Council for Human Rights. He receives a salary of $1,460 from the Egyptian government. Is George, or those like him called upon by Ayman Nour willing to sacrifice his gains for the sake of the country’s interests for an invitation into the unknown?

Ayman Nour wanted to set aside differences and rise above personal interests. He called for unity and alignment for the sake of Egypt’s interests, but he found nothing but arrogance and accusations of treason. It seems Ayman Nour chose the wrong figures.