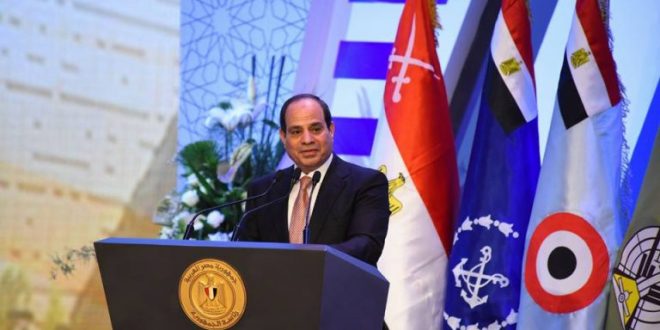 The new rise in the wages and pensions of Egypt’s army and police officers has disproved the recent claims made by the country’s president, Abdel Fattah Al-Sisi, in which he confirmed that their salaries were “weak,” local media reported yesterday.

On Sunday, Sisi said that the annual income of the police and military officers represented “very modest amounts.”

Speaking during an army celebration on the occasion of the “Martyrs’ Day,” Sisi hailed the military and police officers role in protecting the country, stressing that they “would never stage protests to ask for a salary increment.”

Since the beginning of his tenure in 2014, Sisi has approved at least “10 consecutive increments” for the state army and police officers, most recently in October and July last year. He was also reported to have granted military leaders a number of key positions in the government.