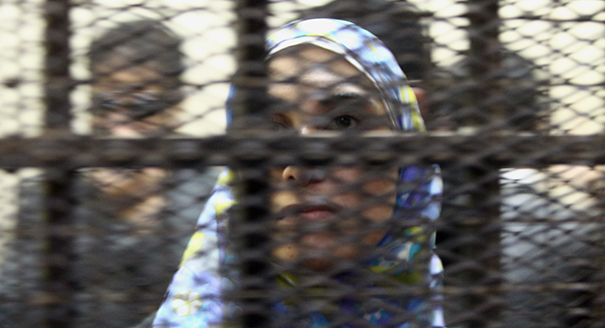 Egyptian civil society activists are wondering what will come of President Abdel-Fattah al-Sisi’s November 2018 promise to amend the country’s controversial law on nongovernmental organizations (NGOs). Dialogues between Minister of Social Solidarity Ghada Wali and a selection of the country’s more than 40,000 NGOs took place in late December and early January, creating expectations that a new draft might emerge within a few weeks. However, the exclusion of NGOs most critical of the law from the dialogue sessions raised doubts about whether the new draft would loosen the state’s chokehold on civil society activities.

Egypt’s laws on nongovernmental organizations are among the most restrictive in the world and often serve as a model for other states wishing to limit civil society activities. Since the 2013 military coup that ended a brief political opening, the situation for Egyptian and foreign NGOs has gone from restriction to strangulation. Heightened repression has included many new laws, including those establishing strong penalties for public demonstrations and broad definitions of terrorism that criminalize most dissent, as well as a draconian new NGO law, Law 70 of 2017. The law has not yet been fully implemented, but regardless of this human rights defenders and other secular activists have been arrested, interrogated, banned from travel, or have had their assets frozen. Meanwhile, hundreds of NGOs allegedly affiliated with the banned Muslim Brotherhood have been closed down in waves from 2013 to the present.

Passed by the Egyptian parliament in November 2016, Law 70 was endorsed by Sisi in August 2017, causing tensions with the Trump administration and Congress as well as with European countries. Then-secretary of state Rex Tillerson was reportedly infuriated, believing that during an April 2017 visit to Washington Sisi had agreed not to ratify the law. At the time, the United States had withheld military assistance to Egypt, and among the conditions it had set for a resumption was that Egypt relax some of its strictures on NGOs and address the conviction in 2013 of 43 NGO workers (all of whom were acquitted in December 2018) as well as Egypt’s dealings with North Korea. Last month, the European Parliament issued a resolution calling for a repeal of the law.

Among the provisions of Law 70 are several requirements that NGOs and foreign donors find highly objectionable. They include that NGOs receive specific government permission for all sorts of routine work—for example fundraising, conducting field research or polling, or cooperating with any foreign organization. The law also introduces broad definitions of prohibited activities, such as those deemed “political” or “harmful to national security.” Furthermore, it levies a 1 percent tax on all funds raised by NGOs and imposes prison time on members as well as fines or dissolution, or both, on organizations that violate these conditions.

Restrictions on foreign NGOs and approval for foreign funding are particularly tight. They are to be supervised by a board including security and intelligence agencies as well as ministries. Foreign donors, including the United States and the European Union, often contract the actual implementation of bilateral assistance programs—such as economic development, public health, or educational activities—to NGOs, who work with Egyptian ministries. This would be extremely difficult to do under the provisions of the current law.

Since Sisi’s call to amend the law, the Ministry of Social Solidarity has carried out five dialogues with more than 900 NGOs, minus the most disapproving ones. NGOs participating in the discussions, which took place across Egypt’s governorates, have called for a number of amendments, including:

With the end of the phases of community dialogue, the government committee formed to amend the law will now prepare a draft of amendments for the Egyptian parliament’s approval.

What might emerge from the redrafting process are some minor amendments to the NGO law. These may perhaps address the concerns of foreign donors by exempting NGOs from paying the 1 percent donations tax, possibly formally eliminating the onerous oversight board, even if the government allows it to continue to function surreptitiously, and making minor concessions to local NGOs in easing registration conditions. This would enable the Egyptian regime to say that it did exactly as it was asked—consulted widely with local NGOs and amended the law accordingly—while still keeping the law very restrictive.

Whatever emerges will be the product of an in-house negotiation among Egypt’s security services. These services are most likely determined to prevent NGOs from educating the public and practicing policy advocacy on various issues, as such organizations do in freer countries.