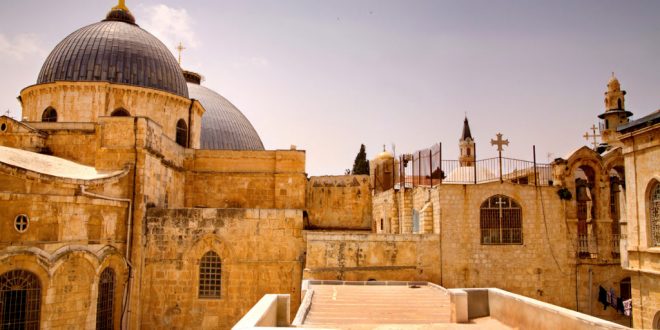 A police officer has been charged with the murder of two Coptic Christian men who were killed in Upper Egypt’s Minya Governorate last week.

A press statement released by the Archdiocese of Minya and Abu Qurqas on the day of the murder stated that a member of Nahdet al-Qadasa Church’s security detail proceeded to kill two civilians, following an altercation that took place while the victims were removing rubble from a building that had collapsed in front of the church.

The Public Prosecutor’s office stated on Wednesday that, based on eyewitness testimonies, surveillance camera footage and technical reports, the investigation had concluded that Mostafa shot and killed the victims using his firearm.

Pope Tawadros II, the head of Egypt’s Coptic Orthodox Church, commented on the violence on December 15, describing the incident as “painful and strange,” and stating that the victims had a “good relationship with everybody.”

“[The church] has been following the incident from the start…The matter is of utmost importance and will be in the hands of the judiciary,” the pope added.

The Upper Egyptian governorate of Minya has long been the site of frequent sectarian attacks, with 77 incidents recorded between January 2011 and 2016, according to a 2016 report by the Egyptian Initiative for Personal Rights. According to the rights organization’s findings, most violent incidents were the result of Muslim residents’ objections to the building of new churches and the use of private residences as places of worship.

Following Sunday prayers on December 9, Muslims in the Minya village of Kom al-Raheb attacked Coptic residents for two days, until security forces intervened on December 11. Nineteen people were arrested and the church building was sealed off by security personnel, as per an agreement reached during a customary reconciliation session — a practice that is often used to mediate sectarian tensions and one that has been criticized by local rights organizations.

Last month, at least seven people were killed and nearly 20 injured in a militant attack on two buses and one microbus carrying Coptic Christians back from the St. Samuel Coptic Orthodox Monastery in Minya.

A group of Muslim residents attacked four Coptic homes in the Minya village of Dimshaw Hashim on August 31, looting the properties and setting fire to the houses. The assailants also assaulted several people, leading to the hospitalization of two Coptic residents and one firefighter who was at the scene.