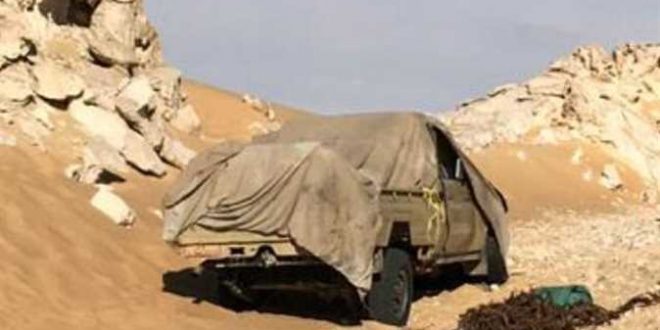 Egypt’s Ministry of Interior announced on Saturday in an official statement, that two other members who were involved in the Minya attack were killed. The Minya attack, previously resulted in the death of seven Egyptian Coptic Christian citizens, in the south of Cairo, early November.

This comes as an extension of the ministry’s efforts to arrest those responsible for the attack, in coordination with the armed forces, the statement said.

Security forces tracked the terrorists towards a hideout in a mountainous region, west of Upper Egypt’s Assiut governorate, near the Dashlout-Farafra area, the ministry said.

The ministry published photos for the terrorists’ bodies with their blood-smeared faces. The photos further showed concealed assault rifles as well as shotguns on the ground beside them.

Security forces also found three automatic rifles on site, as well as large quantities of different bullet calibres, living provisions, a seized vehicle belonging to the terrorists, as well as a mobile phone which belonged to one of the deceased members involved in the attack, Kamal Youssef Shehata.

The legal proceedings started, while the Supreme State Security Prosecution is investigating the incident.

The terrorist attack occurred on 3 November, when militants opened fire at three buses travelling from Sohag and Minya, carrying worshippers after leaving the Monastery of Saint Samuel the Confessor. The ministry previously said that police forces killed 19 suspects who allegedly took part in the attack.