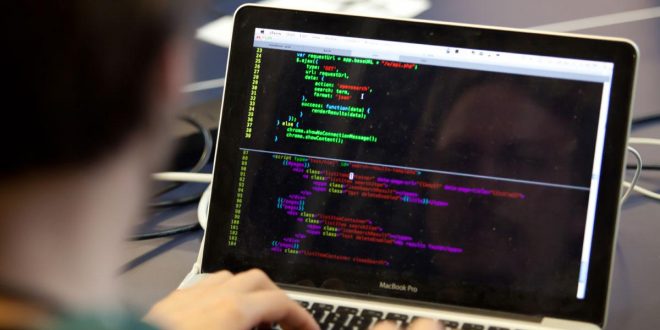 In Egypt there is no star brighter than that of footballing legend Mohamed Salah.
Just this month, he was named PFA player of the year, and Egyptian Twitter danced deep into the night. Coming on the heels of an “election” dubbed farcical by The Washington Post, The New Yorker and The Economist, to name but a few, Salah’s sensational season, and a rare appearance by Egypt in the World Cup have been a necessary respite for a disillusioned citizenry.
But if Salah brings joy to the millions, leave it to Egyptian President Abdel Fattah el-Sisi to bring sorrow.

When a man installs his son as the leader of the agency that chooses the Egyptian political elite, one must recognise intent. Sisi is tilting the playing field on three fronts: Judicial, executive and legislative.

This comes as no surprise, from a man intent on taking a nation from a republic to a de facto kingdom.

Sisi’s crackdown on freedom of speech is well documented. But when an autocrat is killing your right to converse, it is time to start a new conversation. This necessary conversation is one for which Sisi has much contempt – he famously told the nation “I am speaking in all seriousness, don’t listen to anybody’s words but me.”
The time has come for Egyptians to speak to one another.
The electoral charade of March 26 holds the key to understanding the potential for dissent. Most saw a two-man ‘race’ between Sisi and unknown Mousa Moustafa Mousa (who had himself endorsed Sisi). While many Egyptians added Salah’s name to their ballot paper, there was another, invisible candidate: The protest vote.
Egypt may be suffering from political anaemia, but a look at the large numbers of Egyptians who spoiled their votes tells us there is no lack of opposition. When fear and political inertia are factored in, dissent among Egyptians is actually far greater than the 1,762,231 ballots spoiled in the vote.
The arrests of Ahmed Konswa, Ahmed Shafiq, Sami Anan, and Dr Moneim Abou el-Fotooh – all former presidential candidates – as well as Hisham Abou Genina, Egypt’s former chief auditor, indicate a stubborn insistence on closure of any kind of democratic process by Sisi and the gang.
But how do you build a political dialogue which accurately reflects the hopes and concerns of those who oppose the status quo in this authoritarian context? The task is a risky one.
The “state has long been undermining secular parties with assiduous campaigns to discredit, co-opt, corrupt, or internally divide them”, as the Carnegie Endowment for International Peace, points out.

This state of affairs leads us to look outside the box. To defy a muscular opponent who controls information and its dissemination through numerous propaganda outlets, our political gaze should shift to an avenue with (relatively) restricted government oversight.
That place is the internet.
There is no doubt the government is scrambling to place controls on the internet, and 2017 in particular, we in Egypt witnessed an attack on net freedom with more than 400 news websites (including The New Arab) blocked – resulting in a “not free” designation by Freedom House.
In addition, a 2015 anti-terrorism law and a cyber-crime law currently under consideration may make it even easier to criminalise internet-based political activism. Nonetheless, it remains a safer option than street protest in a country which houses more than 60,000 in Sisi’s jails for their political opinions.
With large numbers of angry civilians, we arrive at three fundamental questions: The how (to organise), the who (should lead), and the what (is the agenda)?
Answers are as difficult as Egypt is complex.
Ask analysts and laymen alike about Egyptian opposition and the sneer comes back: What opposition?
Challenging the military regime is impossible without unity. While common goals have, historically, made for strange bedfellows in politics, unlikely alliances in some form may well be necessary in the future.

One of the chief errors of the 2011 revolution was the elite’s failure to understand that revolutionary transformation must be systematic. It must encompass, not only a society’s institutions but, even more so, a societal mindset – one which must be inclusive of all – women and men, young and old, Christian and Muslim.

Such a proposed “virtual party”, once large enough to encompass millions, must clearly delineate an agenda for change open to discussion and revision by all.

If this virtual construct is built on the revolutionary values of freedom, bread and social equality which most Egyptians supported only seven years ago, it would make a more nuanced platform feasible; one that is both politically realistic and pluralistic.

Inescapably, dreams must factor in harsh reality: mere public support for such a project would likely endanger ordinary citizens set on practicing their inalienable rights to democracy.

A technological safety net embodying an ethos of a marriage of human rights with encryption would offer a good starting point to protect the group and individual members alike.

Put simply, we live in an age where encryption is widely available on commonly used communication application such as Viber and WhatsApp. In this battle of David vs Goliath, the state vs the people, encryption technology – its necessary utility in the building of such a party – would make the visible invisible.

Some foolishly believed, in 2011, that the people and the army were “one hand“. In 2018, it must become encryption and the people that are one hand. Ostensibly, encryption would become today’s invisible ink.

Encryption shields communications from abusive regimes, and in Egypt’s case, that is a necessity, – not a luxury.

Similar attempts at parallel constitutions and parallel governments have met with failure but that is not the intent here.

Instead, this umbrella organisation would be concerned, initially, with democracy-building mechanisms, indeed the very language and practices associated with such a lofty goal.

Directly, this would lead to platform-building that would represent not the thinking of a party hierarchy, but the desires and dreams of millions of Egyptians at large. Some may think it cliché, though it is certain they have not suffered the uniquely despotic Sisi hammer.

However, if you build something for the people, by the people, that vision is, in and of itself, a foundation for success where others have failed.

Failure is not an option for a nation with an exploding national debt, a finite water problem growing more severe by the day, a Sinai terrorism problem spreading into the delta and a regime considering further consolidating power by creating a political party, likely emulating Mubarak’s NDP.

Egyptian opposition has but two choices: Revolution or political organisation.

Potentially, such a party would represent the best of both – an evolutionary revolutionary alternative.

Make no mistake, there are millions of illiterate Egyptians, millions more functionally illiterate, in its formative stages, and such a party will not reach them.

But as an agenda becomes clear and develops into a platform it would engage those people. Additionally, one cannot escape the fact that internet activism in Egypt brings its own dangers.

Just days ago, Mohamed Radwan, known as Oxygen, a citizen video journalist with a popular YouTube channel, was arrested – and such government action is but the tip of the iceberg.

That is where encryption comes in, and where leaders of a nascent movement can decide on further steps to protect this political infant and its membership from prying and repressive eyes.

The conversation, and the party, is not about solving Egypt’s, Nile-sized problems, rather, it is an effort by Egyptians to become a necessary part of the conversation about their futures and the futures of children who deserve something far better than today.

Egyptians need a goal – not scored by Salah, but by themselves.
ICT and Media GovernancePolitical TransitionSecurity Situation
All
2018-05-07
asaeid
Previous Egyptian women fight for right to top judicial positions
Next No tangible results achieved in recent Addis Ababa tripartite meeting