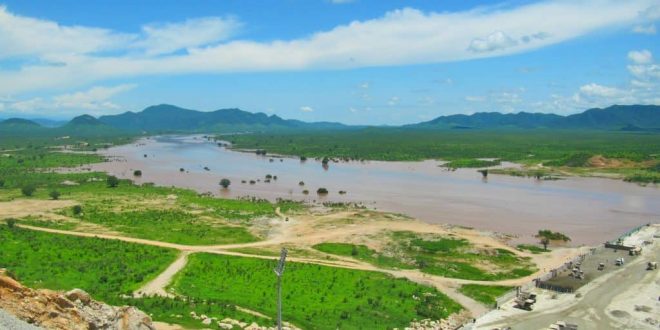 Nile Basin: Toward a New Era of Regional Cooperation

On April 5, high-level decision-makers from Egypt, Ethiopia and Sudan met to discuss key issues related to the filling and long-term operation of the Grand Ethiopian Renaissance Dam (GERD). The contentious large-scale hydropower project under construction on the Blue Nile River is expected to be completed soon.

This was the latest of dozens of trilateral meetings—under the auspices of a tripartite committee, the International Panel of Experts and later the Tripartite National Committee, formed in 2011, 2012 and 2014 respectively. The most recent meeting came after the three heads of state had announced in January that a “one-country” type solution should be expedited—a follow-up meeting will take place at the beginning of May. These are not exceptional meetings in the longer-term history of Nile Basin, but rather a piece of a much larger mosaic of transboundary water relations.

What is the Nile Conflict About?

The political conflict over Nile waters is as much about perceptions as it is about measurable quantities of water. Crossing eleven countries, the river has shaped cultural, economic and social relations at all levels, as well as political engagement between Nile Basin countries. This is particularly significant for Egypt—a country for which the Nile has been crucial in state-building and economic development—and for which the High Aswan Dam provided major control over the waters and enabled unparalleled agriculture expansion. The general perception in Egypt remains one where the economy is still highly Nile-dependent. Agriculture may still play a very important part in rural livelihoods and employment, however it is no longer the major revenue-generating economic sector that it once was. Besides, these days Egypt’s food security is mainly a mix between national production and massive food imports—and therefore virtual water (imports of water-intensive products), estimated to be around 35 billion cubic meters of water, according to the new Egypt’s National Water Resources Plan (2017-2037). Meanwhile, hydropower contributes less than 15 percent to Egypt’s energy security. In spite of these new economic realities, in Egypt the Nile is still perceived as a national security issue, and upstream developments are considered threats to the current water utilization patterns.

For Egypt’s upstream neighbours, however, other perceptions dominate. The Nile is mainly considered a vehicle for development and poverty alleviation. Compared to Egypt, these countries’ economies are far less diverse, with more rapidly-growing populations where economic value and employment remain predominantly agriculture-based. To achieve food and energy security for their growing populations, upstream countries strive to utilize Nile waters and have plans to develop hydraulic infrastructure. In addition, they have long called for a new comprehensive basin-wide agreement that goes beyond the existing bilateral 1959 Nile Waters Agreement between Egypt and Sudan, not least because of the far more complex demand that exists nowadays on basin resources.

A central question then is: what are the implications of these upstream developments, and how might they impact current water utilisation regimes? Ultimately, the answers to this complex question lie in Nile countries jointly developing, and making use of, technical, legal and institutional mechanisms that allow them to identify common approaches that maximize benefits while minimizing risks. This process began in the mid-1990s when all Nile countries established two multilateral cooperative tracks—the Nile Basin Initiative (technical track) and the negotiations for a Cooperative Framework Agreement (a legal/political track). Since 2007, however, differences in perceptions over the meaning of “water security” have derailed the ongoing multilateral cooperation process. In spite, and because, of this, all Nile countries continue to search for solutions; the first-ever Nile Basin Heads of State Summit in June 2017 is an example of the current level of political commitment to seeking compromises on ways forward.

A Wider Cooperative Framework for the Nile Basin

That management of a complex transboundary resource requires transboundary cooperation is implicit, but it is not a given. Limited or fragmented approaches ultimately do not serve the needs of countries, their peoples or ecosystems, as impacts on a shared system are felt beyond the borders of any single member of that system. Accordingly, inclusive, robust, flexible and long-term frameworks that provide guarantees for all parties have to be founded on trust. In the case of the Nile Basin, such a framework cannot, or should not, be reduced to legal aspects only. Rather, it needs to cross-cut legal, technical, economic and political dimensions. A suggested framework is laid out below.

Legal. The protracted challenge of materializing Nile cooperation relates partly to differing, and often selective, interpretation or prioritization of international legal principles, which led to deep-rooted antagonisms between countries. Part of the solution lies in bringing the principle of “duty to cooperate” to the fore. A legal framework where the “duty to cooperate” is the central tenet can provide clear guidelines for future actions on the Nile; define the rules for allocating, managing and developing water resources in the different countries and sectors; and put in place mechanisms for resolving potential disputes and cases of non-compliance. To be effective, it will have to be accepted and internalized by all countries.

Technical/Institutional. A primary concern of all Nile countries relates to issues of infrastructure development—for hydropower, irrigation, flood management and storage purposes—and their impact on water availability, demand and distribution. National water plans that do not consider transboundary dimensions should be urgently re-assessed in order to embrace joint information, planning, management and coordination of existing and future infrastructure. Regional plans should be more realistic and linked to existing national water plans and their underpinning macro-economic national plans. In order to achieve this level and detail of cooperation, the Nile countries need to have in place a strong multilateral institution that can play a balanced role in fostering convergence between national and regional plans. A fully-fledged permanent multilateral institution that is trusted by all Nile countries should be the powerhouse for effective thinking and action, and the right forum to identify suitable sustainable solutions for technical and legal issues that can be jointly adopted. And there is no need to reinvent the wheel: an empowered Nile Basin Initiative can and should play that role. This role should be based on the Nile Basin Initiative’s 20 years of accumulated experience in technical cooperation, including the development of common data, knowledge and tools, and identification of joint investment opportunities by all countries.

National and regional food and energy security plans need to be increasingly interlinked. Through this greater connectivity, Nile countries can then move jointly toward stronger economic development at regional and national levels, while at the same time building interdependencies that embed trust and generate long-term processes of political engagement and cooperation. Ultimately, moving away from deep-rooted perceptions and embracing alternative realistic ideas will allow the Nile countries to take the leap toward this new era of regional cooperation.