Home / Normal / Why is Egypt’s El-Sisi Scared of a Free Press? 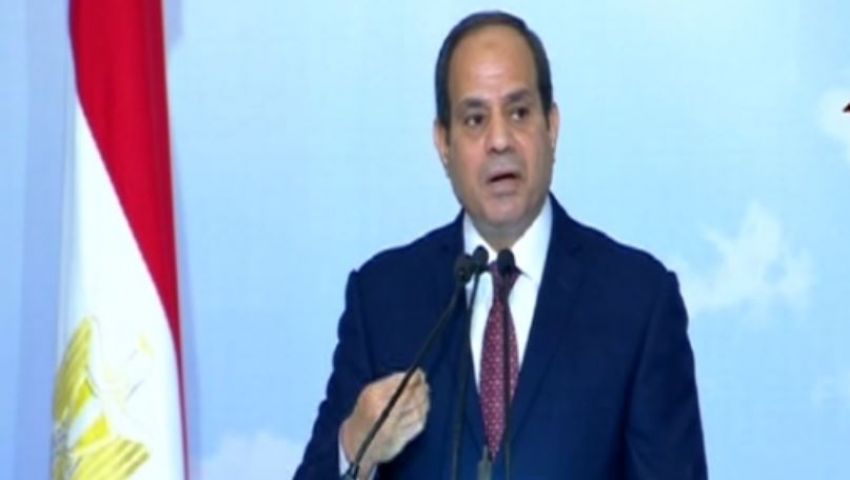 Why is Egypt’s El-Sisi Scared of a Free Press?

Earlier this month three journalists who were previously employed by Egyptian newspaper Youm7 were allegedly dismissed for their opposition to a government deal involving the Red Sea Islands of Tiran and Sanafir.
Maher Abdel Wahed, Abdel Rahman Maklad and Medhat Sawfwat were known at the publication for their opposition to the move which sees Saudi Arabia take control of the islands, which many claim as Egyptian territory.

“[The] Editor-in-chief of Youm7 posed as President Abdel Fattah al-Sisi and fired us after we refused to accept one year’s leave without pay,” Maklad said.

The three also claimed that editor-in-chief, Khalid Salah carried out the dismissals following a request from President Abdel Fattah El-Sisi to remove dissenting journalists from the fiercely pro-regime newspaper’s ranks.

The newspaper said that the men were engaged in a conspiracy against the country.

Even pro-regime talkshow host Amr Adib became emotional as he spoke of “the days of humiliation” under the old regime. “We were cowards. The authorities used to call all the shows to dictate content,” he told viewers.

The media landscape appeared to change with the launch of new channels a variety of political viewpoints and topics with the Muslim Brotherhood often sharing a stage alongside former regime figures.

Following the 2013 ouster of elected president Mohamed Morsi by the military led by Abdel Fattah El-Sisi many opposition voices were silenced, journalists faced imprisonment and dissenting outlets were shut down.

Six years on from the jubilant days of the January 25 revolution, the Egyptian media landscape is almost unrecognisable.

Islamist TV channels are no longer aired in Egypt with a few remaining dissenting voices left shouting from the sidelines in studios in Turkey or Qatar.

Meanwhile the secular  opposition has also been imprisoned or silenced with no mainstream outlets willing to give them a voice.
Almost all of the country’s popular TV channels are owned by former Mubarak regime figures or super-rich businessmen with little interest in rocking the boat with troublesome ideals such as democracy.

Former pro-revolutionary outlets such as Naguib Sawiris’s On TV have been bought up by pro-government figures and had their political slant swiftly brought into line with the views of the El-Sisi regime.

Timothy Kaldas, a non-resident fellow at the Tahrir Institute for Middle East Policy, believes that the state’s tentacles now grab much of the country’s media.

“The state influences the media and Egyptians’ access to information through a variety of avenues. The most obvious and direct way is through a number of state owned publications and channels. Beyond that however the state has effective means to influence the purportedly independent press.

“Many journalists have been imprisoned in past years for criticizing the state. This creates a climate of fear that informs the work of journalists throughout the country and leads to widespread self-censorship.

“The president regularly calls for this when he cautions members of the press against being ‘irresponsible’ and calls on them to be careful to guard the national interest, suggesting that they should behave as an arm of the state rather than its watchdog.”

At the same time, the Egyptian military has expanded its reach in the country’s media landscape.
Last year, Egyptian viewers witnessed the launch of the DMC TV network, a supposedly independent bouquet of channels designed to take viewers from pan-regional outlets such as Al-Jazeera.

A closer inspection of the network’s Board of Directors shows that El-Sisi’s chief aide Abbas Kamel is among the names listed. He is also named as one of the channel’s co-founders.

Eyebrows were also raised when the former military spokesperson Brig. Gen. Mohamed Samir assumed the role of director general at the newly launched Al-Aseema Television Network in January this year.
But this isn’t the only way that the government may be trying to prevent influential TV channels from stepping out of line.

At the time Eissa said: “I accept that this is the suitable moment to stop the show. I think that events would lead me to postpone television expression to another stage and time.”

His sudden department came at a time when he publicly opposed the transfer of the Red Sea islands to Saudi Arabia and called for the release of wrongly imprisoned activists.

Kaldas recalls suspicious circumstances surrounding Eissa’s departure from the channel, which is owned by businessman Tarek Nour.
“There has also been much suspicion that the state twisted the arm of Tarek Nour by blocking his annual furniture expo to punish him for Ibrahim Eissa’s criticisms of the state on a TV channel owned by Nour.

“Eissa’s show was cancelled and Nour’s expo was rescheduled and allowed to take place.

“Foreshadowing this, a leaked video of generals speaking with Sisi before he was president included a general suggesting that the owners of newspapers and TV channels have many interests with the military and that those can be leveraged to influence coverage.”

Egypt is among the biggest jailers of journalists on the planet and many independent journalists and photographers are currently languishing in Egyptian prisons awaiting trial on trumped up charges of spreading false news or insulting the state.
Journalists and photojournalists such as Mahmoud Abu Zeid (also known as Shawkan) are facing the death penalty for being in the wrong place at the wrong time or attempting the cover news events.

The country is currently ranked 161 out of 180 in the Press Freedom Index – a lower position than under the Mubarak regime or the Muslim Brotherhood. Even well-known pro-state publications have had their issues confiscated at the printing press for publishing articles deemed critical of the state.

Meanwhile the country’s Press Syndicate was targeted last year when officials took the decision to arrest Khaled El-Balshy, the head of the syndicate’s Freedoms Committee. El-Bashy was arrested for ‘insulting the police’ in a show of strength by the regime in Cairo. He was later released, however his detention indicates a worrying lack of respect for the free press from the Egyptian state.

Not content with controlling the print and broadcast sectors, the military state has recently begun blocking 133 websites of both opposition and independent news websites along with human rights groups and other blogs. Among those banned were Mada Masr, a website internationally renowned for impartial news coverage, and Daily News Egypt, an English language publication that El-Sisi previously favoured for a frontpage interview.

However, it seems that the days of press freedom in Egypt are a distant memory. In Egypt 2017, powerful egos are easily bruised and long prison sentences are all too easy to come by. Gone are the days of dialogue and opposition voices as the military state now attempts to control the media and the public narrative as a whole by any means necessary.

“The state uses a combination of direct propaganda, financial influence, intimidation, coercion and telecom manipulations to control and limit the information Egyptians have access to,” Kaldas said.
“This is bad for Egypt not only from a rights perspective but also because these restrictions on information and investigative reporting deny the Egyptian public and even policy makers access to valuable information that can inform their decision-making. Press freedom and transparency isn’t simply a liberal luxury. It’s essential to informed debate that is necessary for highlighting challenges facing society and identifying the best solutions to those problems. Attacks on a free press are attacks on a tool that is essential to Egypt’s progress and growth,” he added.