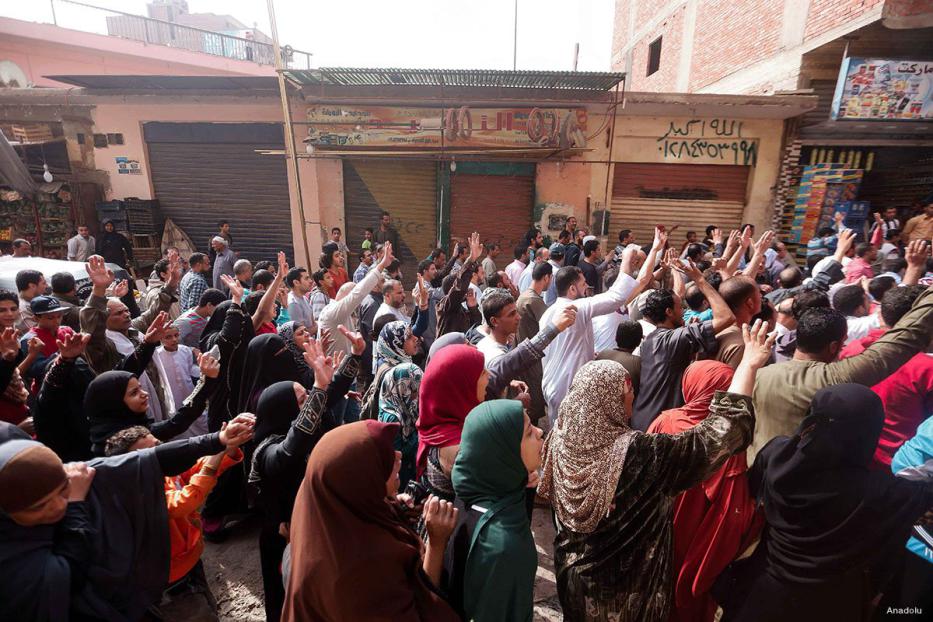 Egyptian town erupts in strikes in echo of Mubarak protests

Thousands of Egyptian textile workers are striking over low pay in a northern Egyptian city where protests in 2011 helped spark the revolution against Hosni Mubarak.

As many as 16,000 workers at the Misr Spinning and Weaving Company (MSWC) in Mahalla have gone on strike demanding higher wages and benefits, and the payment of delayed bonuses.

According to reports, as many as 10,000 people from the company joined the strike yesterday alone in a region of Egypt that is considered the heart of Egypt’s textile industry. MSWC is Egypt’s largest state-owned company and employs more than 25,000 workers.

The strikes broke out as Egypt reported its annual consumer price inflation jumped in July to 33 percent, from 29.8 percent in June – the highest rate since the flotation of the Egyptian pound in November to help meet the terms of the $12bn IMF loan agreement.

Egypt also raised fuel prices by up to 50 percent in July to help meet the terms of the agreement, meaning that many ordinary Egyptians are struggling to make ends meet.

Workers rejected the offer and said they would not return to work until their demands – which include a 10 percent increase in both basic salary and social benefits, and an increase in food allowance – were met.

Workers had been expecting to receive a 10 percent rise in basic salary which had been pledged to public sector workers by President Abdel-Fattah El-Sisi in June.

But later that month, Ashraf el-Sharkawy, the public business minister, said factory workers would not receive the rise because they had received an end-of-year profit share.

Workers are now refusing to end the strike until Sharkawy pays what they say is owed.

“For the past couple of weeks, we have organised short rallies inside the factory after working hours, demanding the raise,” said strike leader Faisal Loksha to Ahram online.

“As our demands had not been met, we decided to go on a full strike in the factory.”

According to an interview with a worker in the online publication Mada Masr, all of the company’s factories are now participating in the strike, including eight weaving factories, seven garment factories and 11 textile factories.

Workers at another textile company, Misr Shebin El Kom, were also angered after their exceptional bonus, food allowance and other bonuses approved by Sisi were rejected. Workers have reduced production in an attempt to pressure the company to meet their demands.

Mahalla has a long history of protest and activism. Workers struck in 2006 to protest market reforms, while, beginning in April 2008, the city held mass demonstrations to dispute the election result of Mubarak and demand better wages.

Videos of the resulting police crackdown were shared across social media and set off a whirlwind of protest across the country that eventually led to Mubarak’s fall.