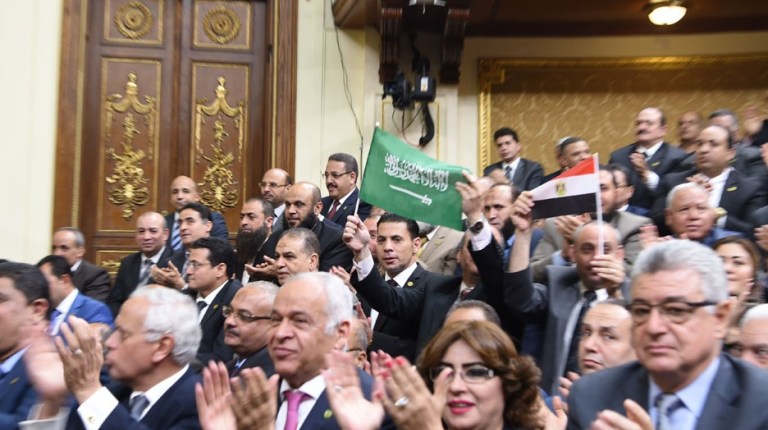 Government on defence in Tiran and Sanafir parliament discussion

Parliament continues for the second day its discussions over the destiny of the Egyptian-Saudi maritime demarcation in order to hear additional comments and views of experts.

The first session on Sunday was headed by parliament speaker Ali Abdul Aal, Minister of Foreign Affairs Sameh Shoukry, Minister of Legal and Parliamentary Affairs Omar Marwan, chief of the navy, and professors of constitutional law and history.

The session witnessed disputes among parliament members over the parliament’s authority to discuss the agreement, which was annulled by the Administrative Court in 16 January.

Abdul Aal requested the members during the beginning of the session to cast their votes over the legitmacy of the parliament’s Legislative Committee in discussing the agreement, in which some members expressed their rejection, urging that the discussion procedures are not valid and “tore the agreement documents that was distributed on them,” Al-Masry Al-Youm privately owned newspaper reported.

Documents including instruction of the agreement were distributed to the members, but a number of them demanded to review the original documents of the agreements that were signed between the two countries.

The maritime agreement, which sought transferring sovereignty of Tiran and Sanafir islands to Saudi Arabia was signed during the visit of the Saudi king to Egypt on 8 April.

Government officials and experts provided their views regarding the sovereignty of the islands, an act that was described by commentators as an attempt to push the Saudi identity over the two islands and the agreement to be ratified, since there was little representation of the opposition against the agreement in the sessions.

None of the experts who stated that Egyptian sovereignty over the islands, nor the lawyers who brought the agreement to court in April, were present in the parliament’s discussions. This contradicted some members of parliaments’ (MP) statements, which included that all concerned bodies, supporters, and opponents will be invited to the sessions. Also, the session did not review documents of previous court verdicts.

Abdul Aal commented during the session on the stance of members, saying that all views will be respected. “The meeting is historic, and everyone is following it inside and outside the country, and all the media is to follow the session, and we have to talk about the issue at hand in a civilised way,” he added.

Moreover, Shoukry gave a speech from a report issued by the cabinet claiming Saudi sovereignty over the islands.

He stated that agreement was signed between Egypt and Saudi Arabia after 11 rounds of negotiations between both countries, as he was the representative

of the national committee that included high officials, such as foreign minsters and members of intelligence agencies.

He further stated that the agree- ment relied on a previous decision (no. 27 of 1990) by former president Hosni Mubarak, issued on 9 January regarding “organising maritime borders, stressing that this decision did not contain evidence the islands are Egyptian.”

The national committee that super- vised the agreement considered a let- ter written in March 1990 by former minister of foreign affairs, Ahmed Asmat Abdel-Meguid, to his Saudi counterpart, Shoukry continued.

In accordance with the international protocols and peace conventions, the concerned authorities contacted Is- raeli government to be committed to all international commitments with the Saudi side after “the transfer of the de- pendency from Egypt to Saudi Arabia,” Shoukry said.

The minister concluded that the Israeli government confirmed its com- mitment with the agreement and that it is not in violation of the 1979 Camp David Peace Treaty, noting that MPs are the last decision makers regarding this agreement.

ment was forwarded to parliament on 10 April and that he demanded the attendance of the members of the na- tional committee, who were delegated to formulate the agreement to listen to their explanations and answer the par- liamentarians questions.

Over 100 MPs rejected the parlia- ment’s discussion on the agreement, urging that there is already a court ver- dict that resolved it.

Marwan said in this regard that every entity has its specialisation whether the parliament or the judiciary system, add- ing that the committee that supervised the agreement terms consisted of gov- ernmental officials. 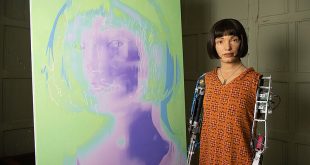