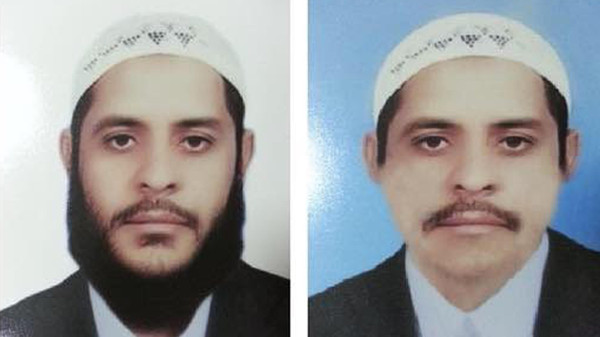 The Interior Ministry issued a statement on Thursday evening announcing the identity of the suicide bomber in the Tanta church blast. The statement said that three other suspects were arrested over the incident.

The perpetrator was identified through DNA tests on the remains of his body at the site of the attack. According to the statement, the defendant is named Mamdouh Amin Mohamed al-Baghdady. He was born on June 25, 1977, in Qena, where he obtained a Bachelor’s of Arts.
The defendant was a member of a terrorist cell headed by fugitive Amr Saad Abbas Ibrahim. He received military training on the usage of weapons and the manufacture of bombs. He also took part in an attack on al-Naqab checkpoint in the New Valley governorate.
Three other cell members, namely Salama Wahballah Abbas Ibrahim, Abdel Rahman Hassan Ahmed Mubarak, and Ali Shahat Hussein Mohamed Shehata, were arrested.
Ibrahim was born in Qena on May 24, 1982. He obtained a Bachelor’s of Law degree and worked with a company that digs wells. Mubarak was born in Qena on July 7, 1982. He worked as a social worker at an Al-Azhar institute. Shehat was born in Qena on January 3, 1978, and obtained a vocational diploma.
The statement concluded by saying that it still seeks other cell members.
Security ForcesSecurity Situation
Al Gharbya
2017-04-14
asaeid
Previous Habib el-Adly: Seven-year jail sentence for corruption
Next Sectarian violence renewed in Minya as Christians brace for Easter celebrations