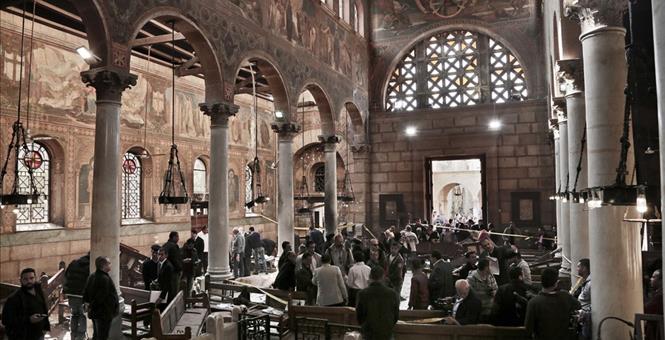 The witness, who requested anonymity for fear of their safety, explained to Mada Masr that the attack took place as Coptic Christians were leaving the house of a Coptic resident. There were a number of injuries among Copts, some of whom are currently hiding in their homes in fear of the renewal of violence, the witness added.

“As soon as we walked out, they started throwing stones at us. What hurts is that they were saying: “‘Look! Copts are praying.’ I don’t know what the problem is with Copts praying. I wish they had said: ‘Look! Copts are killing someone,’ then it would have made more sense.”

According to the witness, security forces had asked Copts to pray in a specific house, the location of which was kept secret until the scheduled time for prayer. The attack took place in the presence of police forces, the witness continued, adding that they only separated the two parties, dispersing the attackers, but nobody was arrested.

On Thursday night, a number of uninhabited homes owned by Copts on the outskirts of the village were burned down.

Violence erupted in Koum al-Loufy near Samalout last year over the alleged building of a church without a license. Due to the already existing tension, Copts had been going to pray in nearby villages, the witness explained, until Muslim residents of those villages started to complain, unhappy with “outsiders” coming to their village to pray.

Tension has subsided, according to the witness. “Muslims performed Friday prayers and there is a heavy security presence. We are staying in our homes and cannot go out for fear of our safety, and we don’t know if we will pray during Easter. We are waiting for the Eparchy to tell us what to do,” he said.

The Samalout Coptic Orthodox Eparchy did not release any official statement concerning the incident, and none of its officials were available for comment.

Thursday’s attacks come during Holy Week — in the lead up to Easter — just a few days after two bombings targeted churches in Alexandria and Tanta, leaving 45 people dead and 120 injured. Following the explosions, President Abdel Fattah al-Sisi announced a three-month state of emergency and the establishment of a Supreme Council for Combating Terrorism and Extremism.

Violence in Koum al-Loufy dates back to 2016, when the village’s Coptic residents allegedly wanted to turn a building into a church, but the idea was shut down by security forces after the village’s Muslim residents voiced their rejections. As a result, Copts were obliged to gather in groups and pray in their houses.

On June 30, 2016, a rumor circulated that Ashraf Khalaf, a Coptic resident, wanted to turn his newly-built house into a church. At the time, he testified that he intended to live in the house and not use it for religious purposes. Despite his testimony, Muslim residents attacked and set fire to the building Khalaf was constructing, in addition to the homes of five other Copts in Koum al-Loufy, prompting Khalaf and his family to move to Cairo. They protested in front of Parliament and called for the referral of the alleged perpetrators to court.

In a previous interview, Khalaf’s cousin Amir told Mada Masr that the family moved to Cairo out of fear for their safety. “If the law and the president will not bring us justice, then get us out of this country.” Mada Masr could not confirm if Khalaf and his family ever returned to Minya or stayed in Cairo.

Authorities eventually released those implicated in the attacks, a recurrent outcome of similar incidents in Minya, the governorate with the highest population of Coptic Christians in Egypt.

A recent attack that took place in Minya and prompted considerable outcry was the dragging and stripping of Soad Thabet, a Muslim woman, following a rumor of a romance between her and a Christian man, Ashraf Atteya.

As a result, armed men attacked the homes of seven Coptic families in the village of Karm, looting them and causing severe damage and financial losses amounting to at least LE350,000, according to the archbishopric.

Despite a public apology by President Sisi to Thabet, prosecution suspended investigations into the incident and released all defendants due to insufficient evidence, a move that Thabet’s lawyer, Ihab Ramzy, deemed “unprecedented.”

At the time, Ramzy explained that the prosecution is not entitled to evaluate the evidence in any case, a task usually left to the court.

According to Ishaq Ibrahim, a religious freedoms researcher at the Egyptian Initiative for Personal Rights (EIPR), the way security forces handled sectarian violence in Koum al-Loufy, and elsewhere, contradicts Sisi’s discourse. He asserted that the renewal of violence reflects a lack of political will to implement the rule of law.

“Police did not need the emergency law to deal with the situation yesterday. The Penal Code penalizes those who attack others and vandalize properties, but it was not implemented,” he said.

Ibrahim criticized the state for habitually resorting to customary reconciliation sessions when dealing with sectarian tension.“These sessions result in Copts losing their rights, as they are forced to comply with the demands of the majority, who are Muslim citizens opposed to holding prayers or the construction of churches, demands that are illegal and unconstitutional,” he explained.

Customary reconciliation is a traditional practice carried out by religious, security and tribal leaders across Egypt’s villages. After violence erupted in Karm, the Coptic Orthodox Church refused to participate in the ensuing sessions.

A study by EIPR estimated that around 45 sectarian incidents ended with customary reconciliation in the last five years, which often furthers sectarian tension and violates the principles of citizenship and equality.

In August, Parliament passed a church building law to address a long history of conflict surrounding the construction of churches in Egypt. A separate study by EIPR explained that the draft law, in a way, legalized the already existing status, which, it said, is discriminatory against Copts.

According to the study, the law “imposed very complicated conditions to build new churches, and assigned the task of organizing the building process to security bodies.”

Coptic communities have long complained that security bodies intervene and eventually halt the building of churches. Fears materialized earlier this year when a government committee was formed to legalize the status of hundreds of unlicensed churches nationwide, its members made up overwhelmingly from the state’s security apparatus.

“The committee is predominantly controlled by security bodies, which will result in decisions based on security considerations. Why doesn’t the committee include legal experts or civil society representatives?” Ibrahim commented to Mada Masr in an earlier interview.

The way the committee is formed, and the voting mechanisms within it, he explained, confirm what critics fear, that many churches will not be granted licenses. 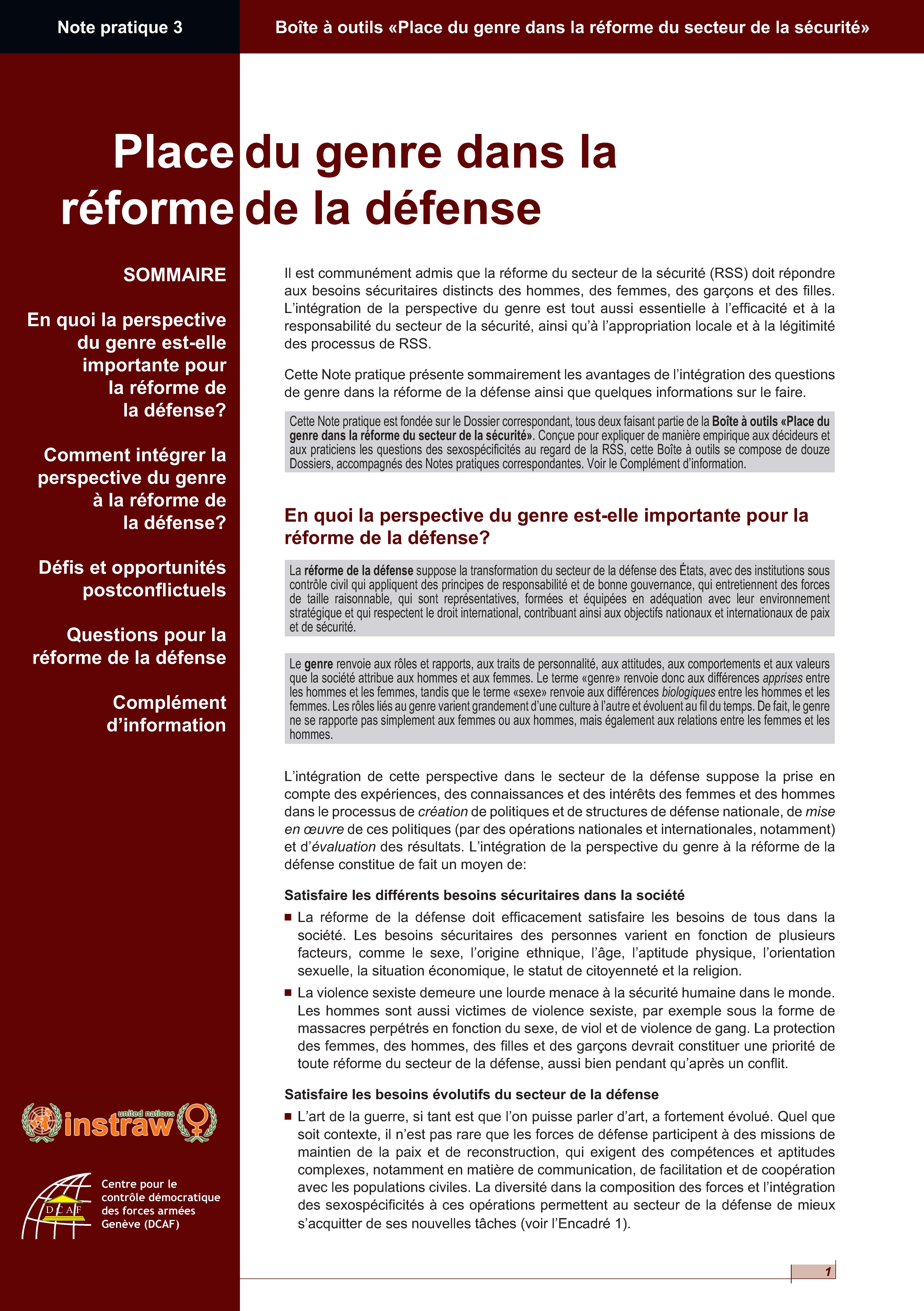