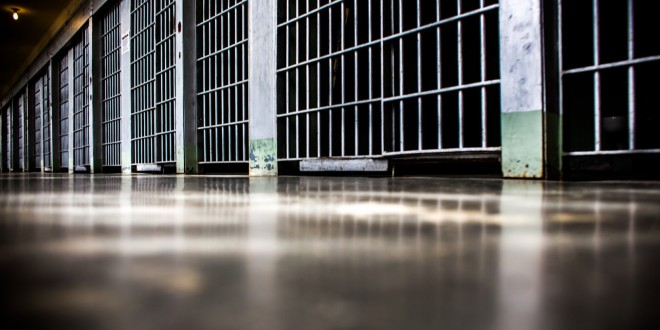 l-Aqrab Prison has long been one of Egypt’s most notorious prisons; built in 1993 under strict guardianship, during the era of infamous former interior minister Habib El-Adly, according the innovation of a group of police officers. They had travelled to the US on a mission and came back with the idea of establishing a chain of prisons inside the Tora area to face the wave of terrorism that struck Egypt during the 1990s.

According to the testimonies of the families of numerous detainees in the prison, inmates there receive the most brutal treatment and are subject to the most vicious types of torture, including rape, with numerous reported deaths during incarceration.

In this report, Daily News Egypt tries to explore the actuality of the situation inside this prison by interviewing a number of family members of Al-Aqrab’s detainees and highlighting the stages of the establishment of the prison and its history, which includes some of Egypt’s best-known inmates, as well as the forms of torture that took place within its walls.

Its construction was proposed by some of the officers who received training in the US and was built using asbestos, a carcinogenic material.

The idea of building it was proposed in 1991 by a group of police officers who had just returned from a training mission in the US. Its construction took place over two years and it was fully completed on 30 May 1993. It consists of 320 cells divided into four wards. Five of the cells are used for “discipline”.

Al-Aqrab Prison was, and still is, a fertile ground for those involved in terrorism cases especially leaders of militant groups. Among its most famous inmates were the leaders of the Muslim Brotherhood, both in the period soon after the group’s establishment, and in the aftermath of 30 June uprising.

Ban on medication and food

According to the Association of Al-Aqrab’s Detainees’ Families official page on Facebook, which publishes testimonies from detainees’ relatives daily, the administration of Al-Aqrab has been “starving inmates” by banning different kinds of medicine and food to enter from outside the prison.

The pages published photos of some well-known detainees who were affected by malnutrition, appearing pale after a sharp weight loss.

No accurate statistics are available of the names of the people who died inside Al-Aqrab Prison since its establishment, particularly as public or media discussions of the prison were practically nonexistent under ousted president Hosni Mubarak.

However, in the aftermath of the 25 January Revolution, a number of independent media outlets and human rights organisations began to draw attention to the situation inside prisons and to the conditions under which detainees are held, as well as the number of deaths among them.

Among those cases who were highlighted through media outlets of reported deaths due to torture or medical negligence were Muslim Brotherhood leader and former MP Farid Islamil, Zaki Abu Al-Majd, Abu Bakr Al-Qadi, jihadist leaders Nabil Al-Mughrabi and Marjan Salik, Al-Jamaa Al-Islamiya leader Esam Derbalah, and Emad Hasan, whose death sparked a wave of popular outrage after he died as a result of stomach cancer inside Al-Aqrab Prison.

Human Rights Watch (HRW) issued a comprehensive report on torture cases and poor conditions inside the prison, using quotes from several prisoners, one of whom is held in ward H1 in Al-Aqrab Prison. The prisoner said the detainees are routinely subject to severe beating with sticks and clubs. They are also subject to electrocution on various parts of their bodies, including in sensitive areas. In addition, most detainees are suspended from a wall for long hours, sometimes for several days on end, according to the report.

The organisation also reported that a number of detainees were subjected to sexual assaults, and even rape, by police officers and conscripts. A prison detainee had told the organisation’s representative: “A number of us were forced to crouch down on four limbs just like animals and a stick was inserted in the anus as a new form of humiliation and persecution.”

The report said a large number of those held within the prison suffer from chronic illnesses that require immediate surgical operations and special medical care. However, the prison administration refuses to allow these operations to be carried out. He pointed out that one of the detainees urgently needed a heart catheterisation operation but it was denied without obvious reasons, thereby endangering the inmate’s life.

Testimonies from the relatives of detainees

“My fiancé Ahmed Ali who is a documentary film producer and faces charges of espionage with Qatar, abruptly disappeared in March 2014, then appeared on television confessing to spying for Qatar. Ahmed is 35-years-old but his current appearance is that of a 60-year-old man. Ahmed now is a dead man,” Ali’s fiancée Heba Ghareeb told Daily New Egypt.

She said the dire conditions inside Al-Aqrab Prison and inhumane treatment in terms of food, clothing, and shelter are considered a strategy that aims to subject detainees to a slow death. Ali‘s weight before detention was 100 kg and after being held in the prison for over a year, his weight has decreased to 50 kg.

She further continued that ill treatment is extended to detainees’ families. “Ahmed’s mother is suffering from diabetes. Authorities now allow only 20 visitations to Al-Aqrab’s detainees; they force families to arrive before the vitiation appointment by up to 12 hours, and his mother is elderly and ill.”

She stressed that all kinds of food are prevented from entering the prison and that Ali has been tortured inside Al-Aqrab Prison. She said he was subject to severe beatings and electric shocks in various parts of his body in a “disciplinary room” for those who commit violations against the prison’s rules.

“My fiancé and other inmates have gone on hunger strike to protest the ill treatment inside the prison. Their health conditions are deteriorating, and there’s no attention from the administration; no doctors are allowed to check them,” Ghareeb said.

She demanded the rapid closure of Al-Aqrab Prison and the trial of those responsible for its administration.

In the same context, leading Muslim Brotherhood figure and journalist Mohsen Rady, who was sentenced to 20 years over rioting charges during a demonstration following the ouster of Islamist former president Mohamed Morsi in 2013, is now serving his sentence inside a prison building annexed to Al-Aqrab.

“My father spent nearly eight months inside Al-Aqrab Prison itself. Before Al-Sisi’s presidency, conditions were somewhat better in terms of visitations and other basic rights compared to the current situation,” his son, Omar Mohsen Rady, told Daily News Egypt.

He added that, despite this, the cells where inmates were held were inhumane since they are underground and very narrow. He said no sunlight enters the cells and the inmates are not even given beds.

He further explained that inmates inside Al-Aqrab and its annex suffer the same inhumane treatment but conditions are even harsher inside Al-Aqrab, especially in terms of nutrition and healthcare.

The period of visitations has been cut down to a mere three minutes, and no food or other items are allowed to enter. “I’ve barely hugged my father to say hello when the officers inform me that visitation time is over,” he said.

He further denounced the Press Syndicate, that he received promises from current syndicate head Yahia Qalsh to support his father and provide basic rights for him, but that no action has been taken.

Meanwhile, Mohamed Kamal Saleh, whose father is held in Al-Aqrab, told Daily News Egypt: “My Father Kamal Saleh is a maths teacher. He is 56–years-old and has been sentenced to 25 years over espionage charges with Hamas. He is now a participant in the Al-Aqrab detainees’ hunger strike. He lost 15 kg from his initial weight due to malnutrition.”He pointed out that, according his father’s words, detainees who went on hunger strike were threatened to be transferred to a remote prison situated inside New Valley governorate during a meeting, headed by Interior Minister‘s assistant General Hassan El-Sohagy. There, they would purportedly be faced with a ban on food and medications until death.

Daily News Egypt made several attempts to contact the Ministry of Interior to get their comment on the recent hunger strike in Al-Aqrab Prison and the alleged statements from Interior Minister’s Assistant General Hassan El-Sohagy, but did not receive a response until the time of print.

Recently, 16 local NGOs including the state-affiliated National Council for Human Rights, demanded the establishment of an independent investigation team to examine the conditions of the prisoners in Al-Aqrab. 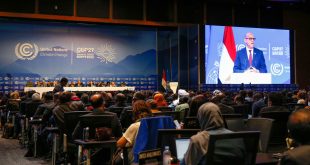 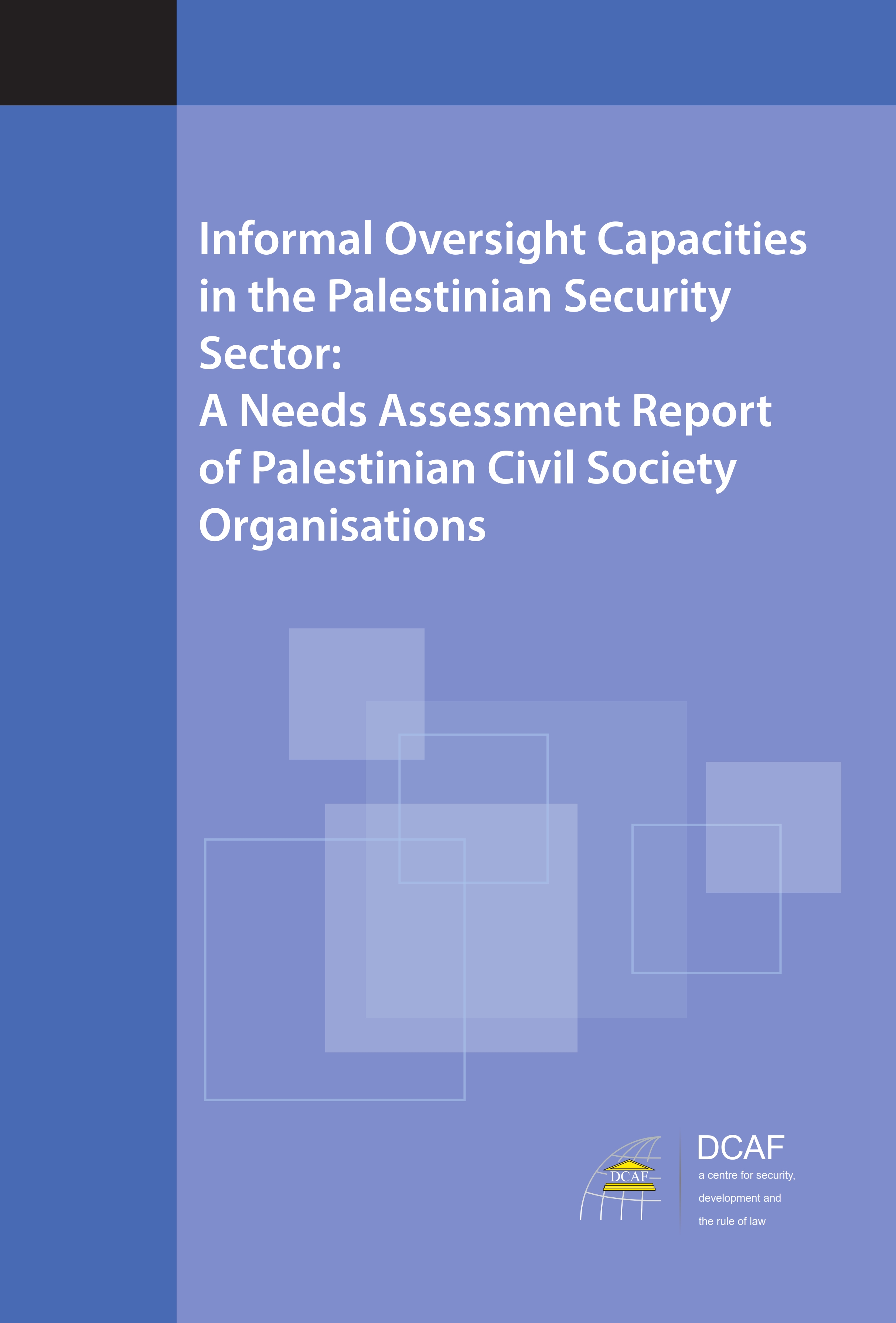