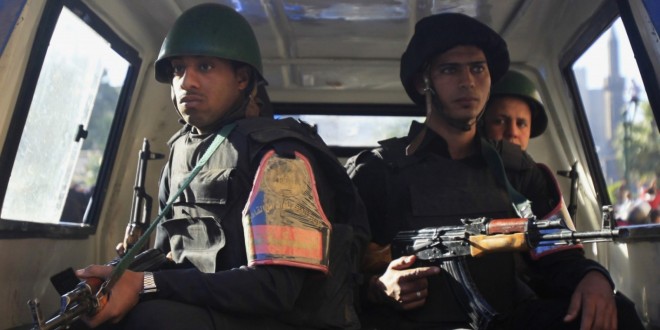 2 suspects killed in Fayoum amid accusations of extra-judicial killing

Two men, named as Mohamed Khames and Salem Sayed, were killed Friday morning in Fayoum as police stormed their home, while eyewitnesses claim they were unarmed.

The Fayoum Security Directorate said the two were “extreme elements”, adding that the “elimination” of Khames and Sayed came after receiving intelligence indicating that they were hiding on a farm.

The security directorate added that, after receiving all legal permission to launch the attacks, security forces started firing at the fugitives, leading to their deaths. The two dead men allegedly participated in attacks on police personnel in Fayoum.

They were accused of killing a policeman and assaulting a car belonging to a police officer leading to the death of his daughter. Khames and Sayed’s bodies were transferred to Tamia Hospital’s morgue, and the case is currently being investigated by the prosecution.

However, contrary to the official narrative, eyewitnesses told Daily News Egypt that on Thursday night, a force containing a large number of conscripts and police officers surrounded the farm and attacked the house where Khames and Sayed were living. The witnesses said that the two were killed while they were asleep and unarmed.

A friend of Sayed’s, who spoke on condition of anonymity, said he has been a member of the Muslim Brotherhood since 2007, and participated in the 25 January Revolution. He was also allegedly active in anti-government protests in Fayoum after the dispersal of the Rabaa Al-Adaweya sit-in in 2013.

He added that Sayed was 30 years old and had graduated from the Faculty of Law; he was also married with one son.

The Students Against the Coup movement accused security forces of killing the two men after arresting them.

The killings of Khames and Sayed comes as Fayoum has seen some of the worst violence, preceded only by the more volatile North Sinai peninsula. Almost weekly individual attacks occur, leaving injuries among police personnel.

Last week, two people died at the Fayoum police station, among allegations of torture and a lack of medical treatment.

The funerals of Khames and Sayed were, similar to that of all victims of confrontations with police, attended by hundreds of friends and protesters who chanted against the police and the army during the funeral.

The Anti-Coup Alliance branch in Fayoum threatened General Nasser Al-Abd, Head of the Security Directorate, warning him of punishment.

The Revolutionary Punishment militant group has recently been active in Fayoum, attacking police cars and unprotected police points in the surrounding villages.

In May, Revolutionary Punishment also claimed responsibility for the killings of two police officers as part of an operation of “cleansing the country of murderers and criminals… [who] assault unarmed Egyptians in the streets and squares , tortures detainees in police stations and cellars of the National Security apparatus, and kidnaps students from the exam room to murder them”.

Accusations directed at the police of killing unarmed suspects were also repeated at the beginning of August, when police forces stormed into a farm and killed five Muslim Brotherhood members.