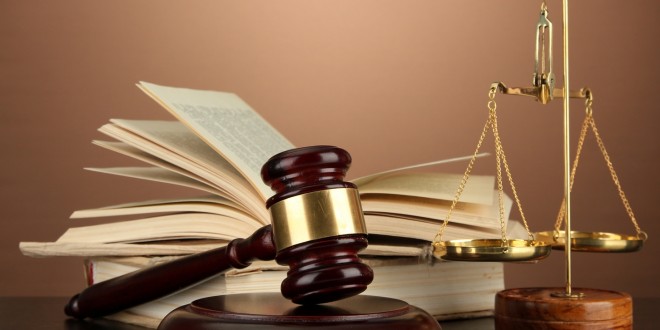 As 22 sentenced to death in Kerdasa case, activists call for abolishing death sentence

Giza Criminal Court has handed death sentences to 22 people accused of storming Kerdasa police station and killing a police officer in July 2013, according to the official EgyNews website.

Eight of the 22 defendants were sentenced in absentia, while one minor was sentenced to 10 years in prison in the Monday ruling.

The court is headed by judge Mohamed Nagy Shehata, who has become known for his contentious and harsh sentences against Muslim Brotherhood members as well as secular opposition figures.

The ruling is the latest in a growing list of death sentences issued against members of the Brotherhood.

Shehata handed similar death sentences against the Brotherhood’s Supreme Guide Mohamed Badie and 13 other leaders on April 11, while sentencing 37 others to life in prison, including hunger striking activist Mohamed Soltan, in the so-called Rabea Operations Room case.

This marked the fourth time Badie has been sentenced to death. Minya Criminal Court gave Badie his first death sentence for inciting violence at the Edwa Police Station in Minya. The same court then issued another death penalty against Badie for violence against police forces and civilians in the aftermath of the August 2013 sit-in dispersals at Rabea al-Adawiya and Giza’s Al-Nahda Square. More recently, Badie was also sentenced to death by Banha Criminal Court for inciting violence in Qalyub.

Shehata also sentenced activist Ahmed Douma and 37 others to life in prison in the Cabinet Clashes case, and handed down prison sentences ranging from seven to 10 years for three journalists working for Al Jazeera English last year. The Appeals Court later appealed the verdict and two of the journalists are still facing retrial.

Minya Criminal Court issued death sentences against over 1,000 Brotherhood members last year on charges of violence, which were later dropped by the Appeals Court,  granting them a retrial afterwards.

The Egyptian government has faced widespread condemnation both locally and internationally for allegedly using the judiciary to silence political opposition.

But over the past few days, the arguments surrounding capital punishment have becoming increasingly prevalent in Egypt’s public discourse. “Killing in the name of the state” has become a source of contention and debate following a series of death sentences in politically controversial cases.

On Sunday, sentences for 11 of those involved in the Port Said massacre, that left more than 70 soccer fans dead in 2012, were referred to the Grand Mufti — most probably they are awaiting the death sentence. Meanwhile, on Thursday, the African Committee for the Protection of Human Rights and the People in the African Union sent a message to President Abdel Fattah al-Sisi urging him to halt death sentences handed to seven people convicted in the so-called Arab Sharkas case. The defendants are facing terrorism charges.

Lawyer Ahmed Mefreh, who has been in contact with the African committee, is representing defendant Hany Mostafa Amin, one of those given a death sentence in the Arab Sharkas case. Mefreh told Mada Mada Masr that there are four violations involved in this ruling.

“The ruling is issued by a military court against civilians, who were subject to forced disappearance for a long time before they appear as defendants in the case,” he told Mada Masr. “There were also tortured. And the judges refused to address the defense team’s demands.”

The committee asked the government to stop a similar sentence against former defendants accused of being involved in terrorist operations in Taba. Mefreh explained that the state complied with the committee’s plea on this occasion.

“But this did not happen with the case of Mohamed Ramadan, who was executed last month despite the committee’s calls,” Mefreh said.

Authorities executed Ramadan in the first week of March after being accused of throwing teenagers from the rooftop of a building in Alexandria during clashes between opponents and supporters of the Muslim Brotherhood in 2013. One minor was killed and others were critically injured.

A delegation from the “Against Capital Punishment” campaign met with the head of the National Council of Human Rights (NCHR) Mohamed Faek to present their demands. Delegation member Reem Saad told Mada Masr that the delegation presented three major demands.

“[We requested] that the NCHR move as part of the demands to halt the ruling in the Arab Sharkas case; to support the campaign’s cause to end capital punishment; and for the council to declare its preliminary position in the first place,” Saad explained.

Saad added that the council will discuss the matter and will see what can be done to stop capital punishment. According to her, Faek expressed his personal views on the punishment itself, considering that the number of crimes punishable by execution is 70 — a big number that should be reduced.

“In the short term, we aim to halt the death sentence in the Arab Sharkas case. But we aim to create a social dialogue around the punishment itself,” she said. “Capital punishment is a crime committed in the name of the society and that society should know what is done in its name. We aim to totally abolish this punishment, in light of the systematic torture we suffer from, which means that confession is no longer the master of all evidence.”

Capital punishment, abolished in many countries already, is an irrevocable decision. It cannot be changed or reversed. “It is very likely in the light of such circumstances that someone confesses to committing a crime and is executed, only to realize later that that person was innocent, but confessed after being tortured,” she argued.

Saad added that the group is concerned with ending capital punishment without prejudice for the political affiliations of those convicted.

“Criminals are also sentenced to death — not just Brotherhood members or political opponents,” she said. “It is a punishment listed in the Penal Code and it is implemented all the time.”