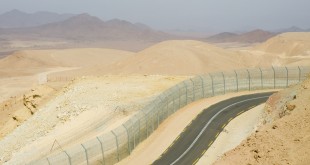 “Unprecedented” amounts of arms being smuggled into Egypt from Libya: source